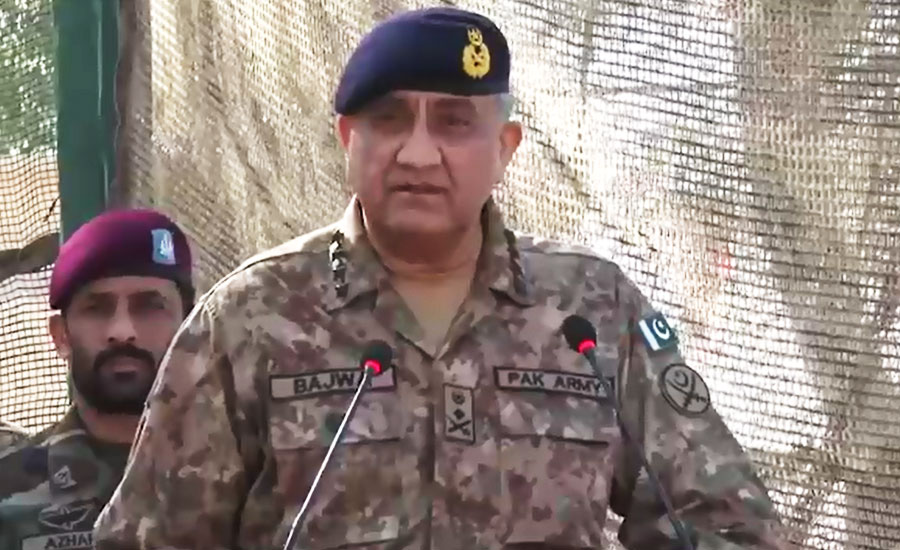 RAWALPINDI (92 News) – Chief of Army Staff General Qamar Javed Bajwa on Wednesday visited the Line of Control (LoC) on Wednesday where he was briefed on the ceasefire violations by Indian security forces. According to the Inter-Services Public Relations press statement, the General Officer Commanding (GOC) gave an update to the army chief on situation along the LoC, Indian cease fire violations and response by the Pakistan Army during his visit While interacting with troops at the Line of Control (LoC) wherein he paid a visit, the COAS said that lately there has been increase in Indian cease fire violations and rhetoric of provocative statements by their military leadership. “We are a professional and combat hardened Army ready to defend our motherland,” the army chief said. He also said that it would be better if India realizes this and place their stock in peace and progress through dialogue. The COAS appreciated their state of readiness and morale. He also appreciated resilience of civilian Kashmiri population who are being deliberately targeted by Indian Army on both sides of the LoC.