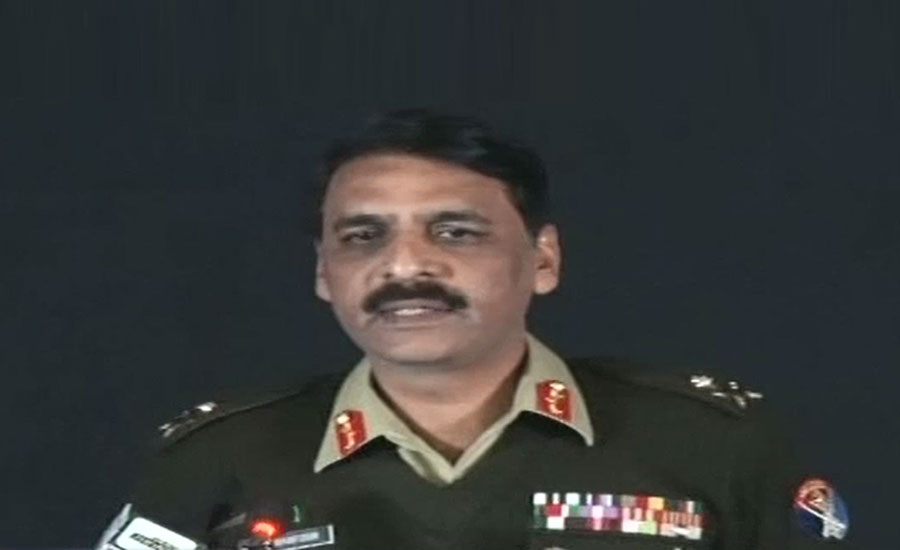 RAWALPINDI (92 News) – Inter Service Public Realtion (ISPR) Director General Maj Gen Asif Ghafoor said that the army had expressed its reservations over the decision of special court against former president General (rtd) Pervez Musharraf. Addressing a press conference, the DG ISPR said that after today’s detailed judgement in the case against Musharraf, “the fears of the armed forces have proven true.”

He said the verdict issued today, especially the words used in the written order “surpasses humanity, religion, culture and any other values”. “We are under oath always to safeguard the country's interests. And we have proven this in the past with the support of the nation. Pak Army aware of changing nature of war “I have spoken on the nature and character of war and that we are facing a hybrid war. We are aware of the changing nature of war,” the DG ISPR said. He also said that Pakistan Army had given sacrifices for stability in the country. He said that the armed forces had done, with the help of the masses, what no other country in the world could do.

Asif Ghafoor said that for the armed forces, the country came first and institutions later. “We will not let this stability be reversed under any circumstances. Pakistan Army will fail the attempts of external as well as internal enemies,” he added.

The DG ISPR said that the armed forces knew how to defend the institution’s integrity and will give an effective response to internal and external enemies of the state.

He said that the prime minister and army chief had spoken in detail over the verdict given by a special court hearing General (r) Musharraf's high treason case. “The army chief met the prime minister and conveyed the sentiments of the armed forces to him,” the DG ISPR explained. He said that the armed forces were not an institution but were like a family. https://www.youtube.com/watch?v=s36lv4yoltU