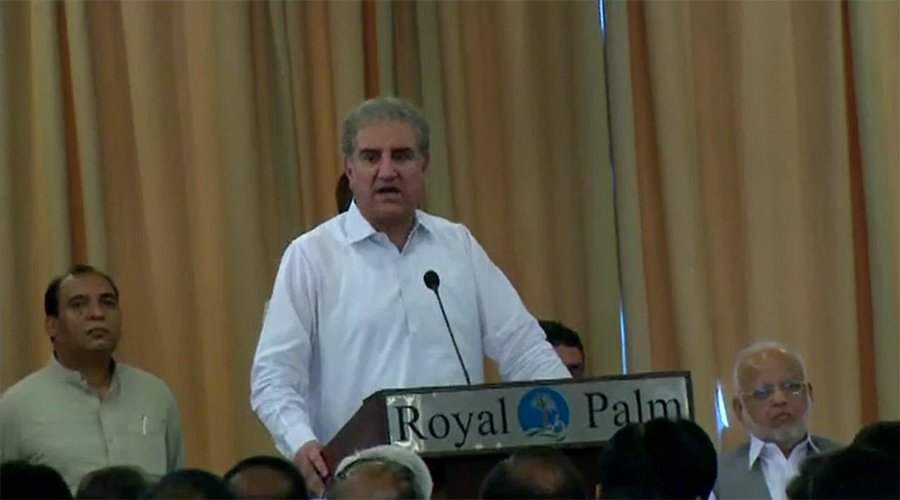 ISLAMABAD (92 News) – PTI leader Shah Mahmood Qureshi has said that the gap between the Army and the government is not of minor nature. Talking to the media on Saturday, he said that if the difference is not more than that of October 1999 then it is not less as well. On the other hand, NA Speaker Sardar Ayaz Sadiq said that the relations between the Army and the government are good. He said that Athe Army has played a key role in strengthening democracy.