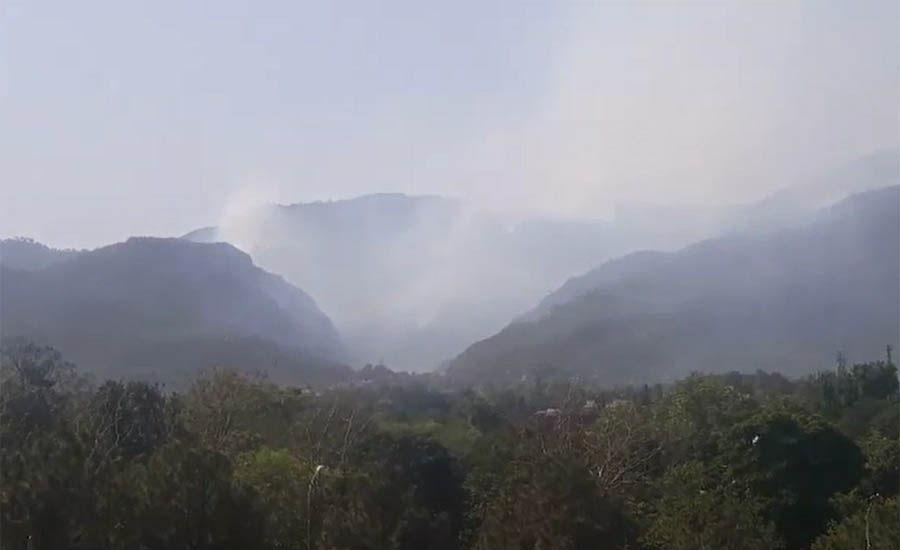 RAWALPINDI (92 News) – DG ISPR Maj Gen Asif Ghafoor has said that Army Aviation helicopters are busy extinguishing fire on the Margalla Hills. In a press release issued on Thursday, he said that nine sorties carrying Bambi buckets were flown over Bari area affected by fire behind Bari Imam. He said that Pakistan Army troops have also reached the site of the incident.