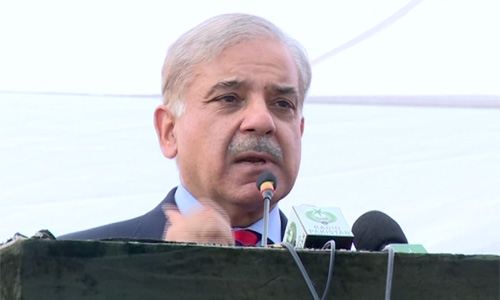 LAHORE (92 News) – Chief Minister Shahbaz Sharif has said that the Punjab government will try the Zain murder case in an anti-terrorism case. Talking to the victim family after offering condolences over the death on Saturday, he said that justice will be provided to the heirs of Zain at all cost. Zain's mother appealed to the rulers to provide her justice instead of playing politics. "The culprits should be made an example." Earlier addressing the passing-out parade of the Counter Terrorism Force at Elite Police Training Centre, Bedian Road, the chief minister said that Rangers and police jawans are writing a history of sacrifices. "Pakistan has paid a heavy price for the war on terror. Peace will be restored in the country soon.” He said that the Army is inflicting a fatal blow to terrorists through the Zarb-e-Azb operation. He added that Pakistan will eliminate terrorism the way Sri Lanka and Turkey ended this menace. Shahbaz Sharif thanked Chief of Army Staff General Raheel Sharif and Corps Commander Lahore for providing police with the best training facilities. He expressed the resolve that Pakistan will succeed in every field and the Pakistan flag will hoist in the Islamic world. The police jawans and female commandoes displayed excellent professional skills during the passing-out parade. Stringent security arrangements had been made on the occasion.