RAWALPINDI (92 News) – The Army continued the rescue and relief operation in quake-hit areas on Tuesday. As many as 26 injured people have been evacuated from Chitral and shifted to CMH Rawalpindi. Corps Commander Peshawar Lt-Gen Hadayatur Rahman said that the roads had been opened in the affected areas. He also inaugurated a new unit at Saidu Sharif Hospital. Meanwhile, Pak Army’s damage assessment effort is in progress. ISR (intelligence, surveillance, reconnaissance) missions are flying over earthquake hit areas. 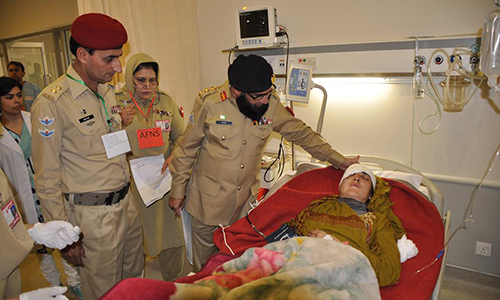 The Director General Frontier Works Organization (DG FWO) visited Karakoram Highway (KKH) with troops, addition to ground teams. Two Army helicopters are also participating in the ongoing relief missions, one each in Gilgit Baltistan and Khyber Pakhtunkhwa. Twenty-seven, out of 45, landslides have been cleared by the FWO so far at Karakoram Highway. The rescue work is ongoing and rescue teams are working in Gilgit-Baltistan. Thirty percent capacity of all Civil Military Hospitals (CMH) across country has been enhanced. A special C-130 cargo plane of Pakistan Air Force left for Chitral carrying seven tons of ration, 2,500 ready meals, additional medical teams, 1,000 tents and blankets for distribution in remote areas. 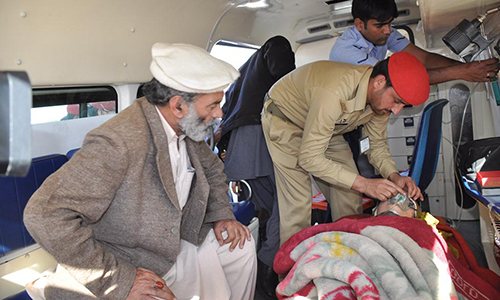 20 tons of ration, 10,000 ready to eat meals, 1,000 tents and 500 blankets have been dispatched by road for distribution in Dir District. An Army relief Camp and various ration distribution points have also been established.