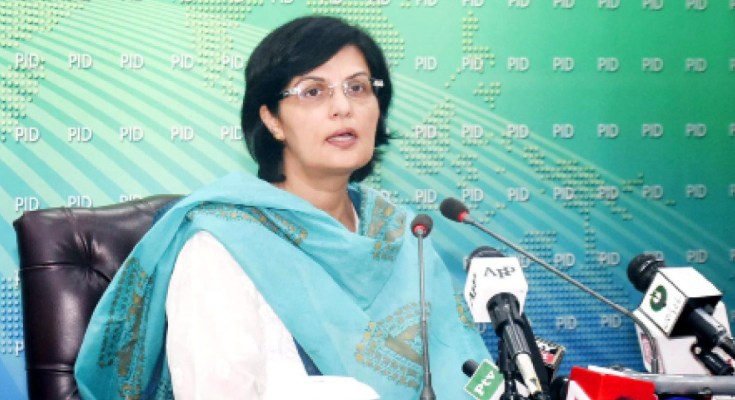 ISLAMABAD (92 News) – Special Assistant on Social Protection and Poverty Alleviation Dr Sania Nishtar said around eight hundred thousand non-deserving people have been excluded from the Benazir Income Support Program (BISP). Addressing media briefing in Islamabad, the special assistant said that the government has decided to exclude the non-deserving people from BISP to bring transparency and merit in the program. She said around eight hundred thousand people have been disqualified from the program to give space to the deserving people. Sania Nishtar said the measures have been taken to give due rights to only deserving people. He said the whole procedure for inclusion in BISP has been made apolitical. She said the disqualification criteria include travel history of the member, ownership of vehicle, availing facility of executive services for passport and National Identity Card and service in government sectors. She said inclusion of 216 villages alongside Line of Control (LoC) in Kifalat Program is another milestone of Ehsaas Programme. She said people of these villages are the most deserving ones due to their frequent economic losses as a result of Indian firing.