48 Pakistanis stranded at Moscow airport deported to Istanbul; others waiting 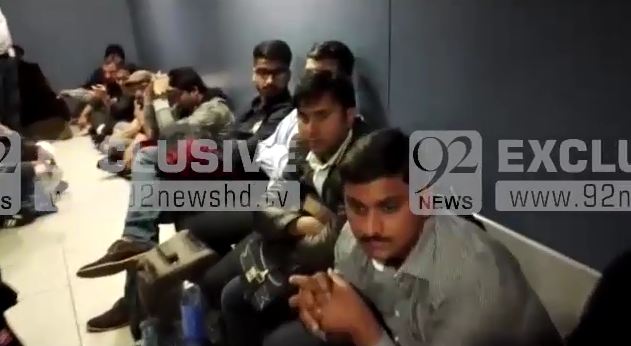 48 Pakistanis stranded at Moscow airport deported to Istanbul; others waiting

MOSCOW (92 News) – Around 48 Pakistani businessmen stranded at Moscow airport have been deported to Istanbul but others are still waiting on Thursday. Pakistan Foreign Office Spokesman Nafees Zakaria said that the embassy officials had reached airport last night but he was not given access. The Russian visa authorities had stopped a group of 80 Pakistanis businessmen at Moscow airport travelling to Russia for business purpose. The Pakistani businessmen have been kept in a room at the airport without food and water. Traders of electronic products went to Russia on business tour but despite having legal documents, they were not allowed to leave the airport premises. Talking to 92 News, Pakistan’s Ambassador to Moscow Qazi Khalilullah said that the embassy came to know about the stranded Pakistanis at around 8:00pm last night. He vowed to extend all out support to them.