Arsenal and Chelsea through to Europa last 32, Marseille out 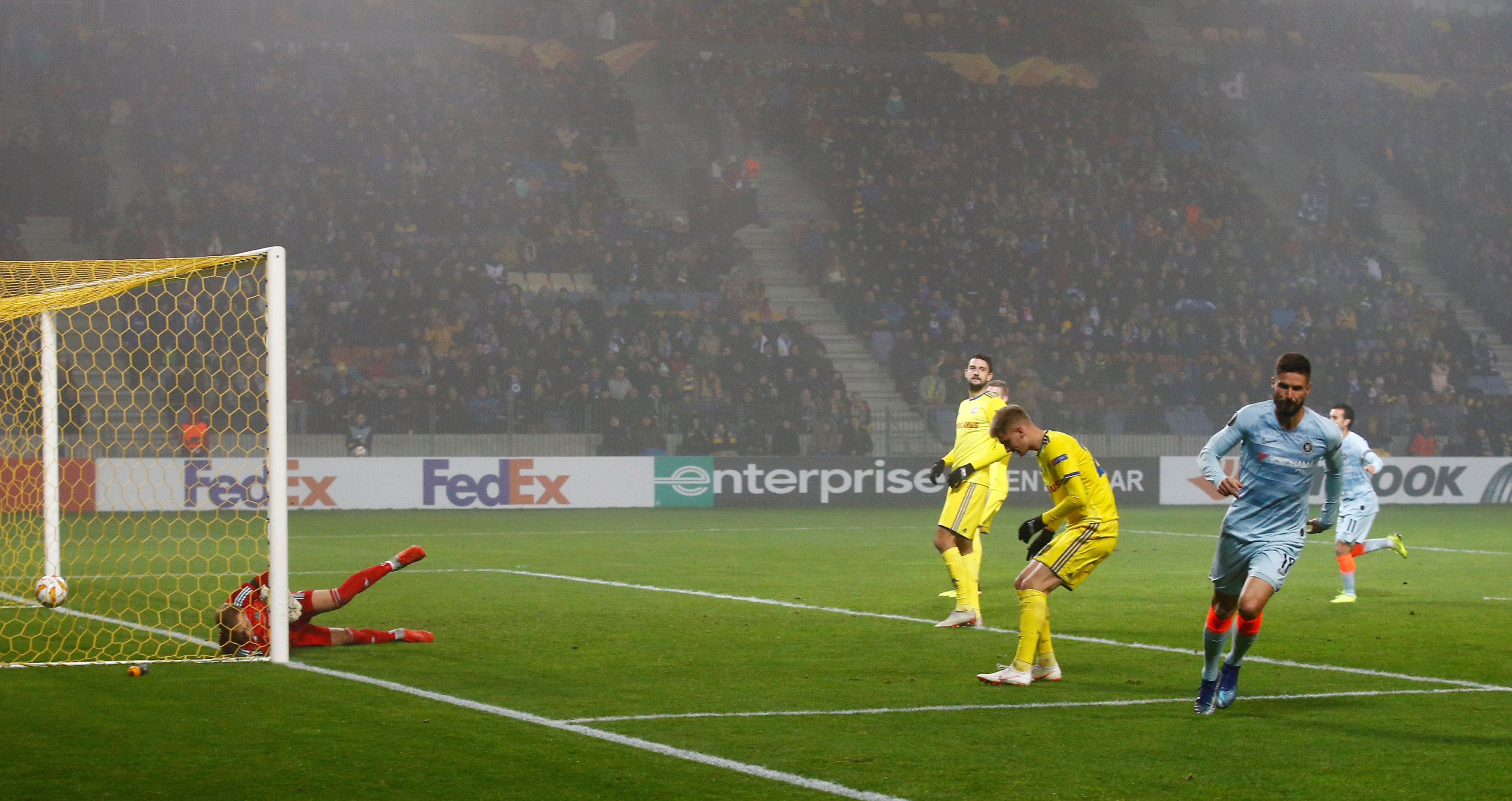 Arsenal and Chelsea through to Europa last 32, Marseille out

LONDON (Reuters) - Arsenal and Chelsea were among seven teams to reach the Europa League knockout stage on Thursday, while last year’s runners-up Olympique de Marseille were eliminated at the group phase. The two Premier League teams were joined by Eintracht Frankfurt, Lazio, Bayer Leverkusen, FC Zurich and Dinamo Zagreb in the last 32 with two games still to play before the draw for the next round in Nyon, Switzerland on Dec. 17. Arsenal qualified with a 0-0 draw against Sporting at The Emirates, although striker Danny Welbeck was carried off on a stretcher in the first half with a serious ankle injury, while Chelsea won 1-0 at BATE Borisov in one of the early kickoffs. A heavily changed Arsenal side were unable to break down a dogged Sporting team, who were reduced to 10 men in the 88th minute when defender Jeremy Mathieu fouled striker Pierre-Emerick Aubameyang as he raced towards the area. However, the point was enough to guarantee the north London side a place in the last 32 atop Group E on 10 points, with Sporting behind them on seven. Vorskla Poltava lost 1-0 to FK Qarabag, with both teams on three points. Arsenal forward Welbeck was taken off on a stretcher and given oxygen in the 25th minute after landing awkwardly when jumping for a header only hours after being named in the England squad for their next internationals. Earlier, Chelsea’s France striker Giroud got his first goal this season in the second half to secure a win at BATE, meaning Maurizio Sarri’s side have qualified from Group L. “I think the first target in this competition was to qualify and now the second target is to win our group so I think we need one more point,” the Italian coach said. “It’s very important because then we can talk again about this competition in February, when we will have another target.” Chelsea have yet to lose under Sarri so far this season.

Marseille were dumped out when they lost 2-1 at Lazio in Group H. Goals from Marco Parolo and Joaquin Correa were enough to extend a miserable run for the French side, who have now lost four games in a row in all competitions. Lazio, meanwhile, went through along with Eintracht who eliminated Apollon Limassol with a 3-2 victory in the other game in the section. Leverkusen joined both teams in the next stage after beating FC Zurich 1-0 at home in Group A but thanks to Ludogorets 0-0 draw with AEK Larnaca the Swiss side also progressed. Dinamo Zagreb beat Spartak Trnava 3-1 to qualify from Group D while Anderlecht, UEFA Cup winners in 1983, were eliminated after their 2-0 defeat by Fenerbahce in the same group. Sevilla, the most successful team in the history of the competition with five titles, went down to 10-men at Akhisarspor but came away with a 3-2 win in Group J thanks to a late Ever Banega penalty that ended the Turkish side’s qualifying hopes. There was a goalfest in Russia as Spartak Moscow came from 3-2 behind to lead Rangers 4-3 in two minutes before the hour mark with the home side’s eventual win taking them to second place and level with their opponents on five points in Group G. Rangers’ domestic rivals Celtic kept their hopes alive with a 2-1 win over RB Leipzig in Group B, while AC Milan and Real Betis took a step towards qualifying with a 1-1 draw in Group F.