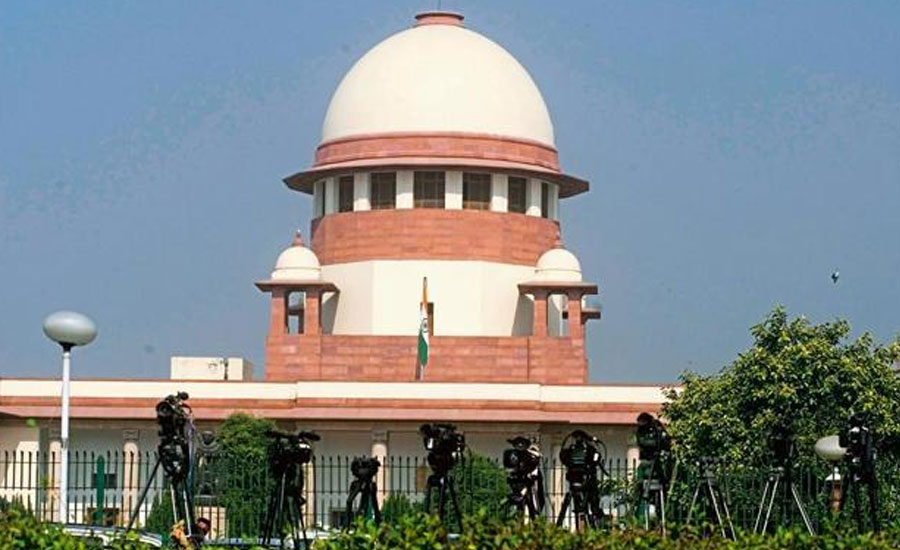 NEW DELHI (92 News) – The Indian Supreme Court (SC) on Tuesday fixed November 14 for hearing on petitions challenging constitutional validity of the Centre’s decision to abrogate Article 370 that gave special status to Indian Occupied Kashmir (IoK). A five-judge Constitution bench headed by Justice N V Ramana allowed the Centre and the Jammu and Kashmir administration to file counter-affidavits on petitions challenging scrapping of Article 370. The bench said one week time would be for the petitioners to file their replies to the counter-affidavit that would be filed by the Centre and Jammu and Kashmir administration within four weeks. “We have to allow the Centre and the IoK administration to file counter-affidavit otherwise we can't decide the matter," the bench also comprising justices S K Kaul, R Subhash Reddy, B R Gavai and Surya Kant said. On the other hand, Indian military siege enters 58th consecutive day, on Tuesday (today) with all main markets, schools and offices still closed and transport off the roads in Indian Occupied Kashmir (Iok). Continued suspension of internet and mobile phones which has cut the territory from the outside world is adding to the miseries of the people. Indian paramilitary forces are harassing the residents in Srinagar to rent their properties to the forces’ personnel posted in the territory. Meanwhile, Indian forces have intensified restrictions in the name of surveillance and area domination operations in the territory. Additional security bunkers are being constructed in the Srinagar city and elsewhere in the valley. On the other hand, as a reaffirmation of their resolve to continue freedom struggle against India’s illegal occupation, people have displayed posters at various places in Mendhar town of Poonch district. Even as few vendors have set up stalls at various places and majority of the landlines have been restored, but they couldn’t cater to the needs of the people due to the imposition of curfew.