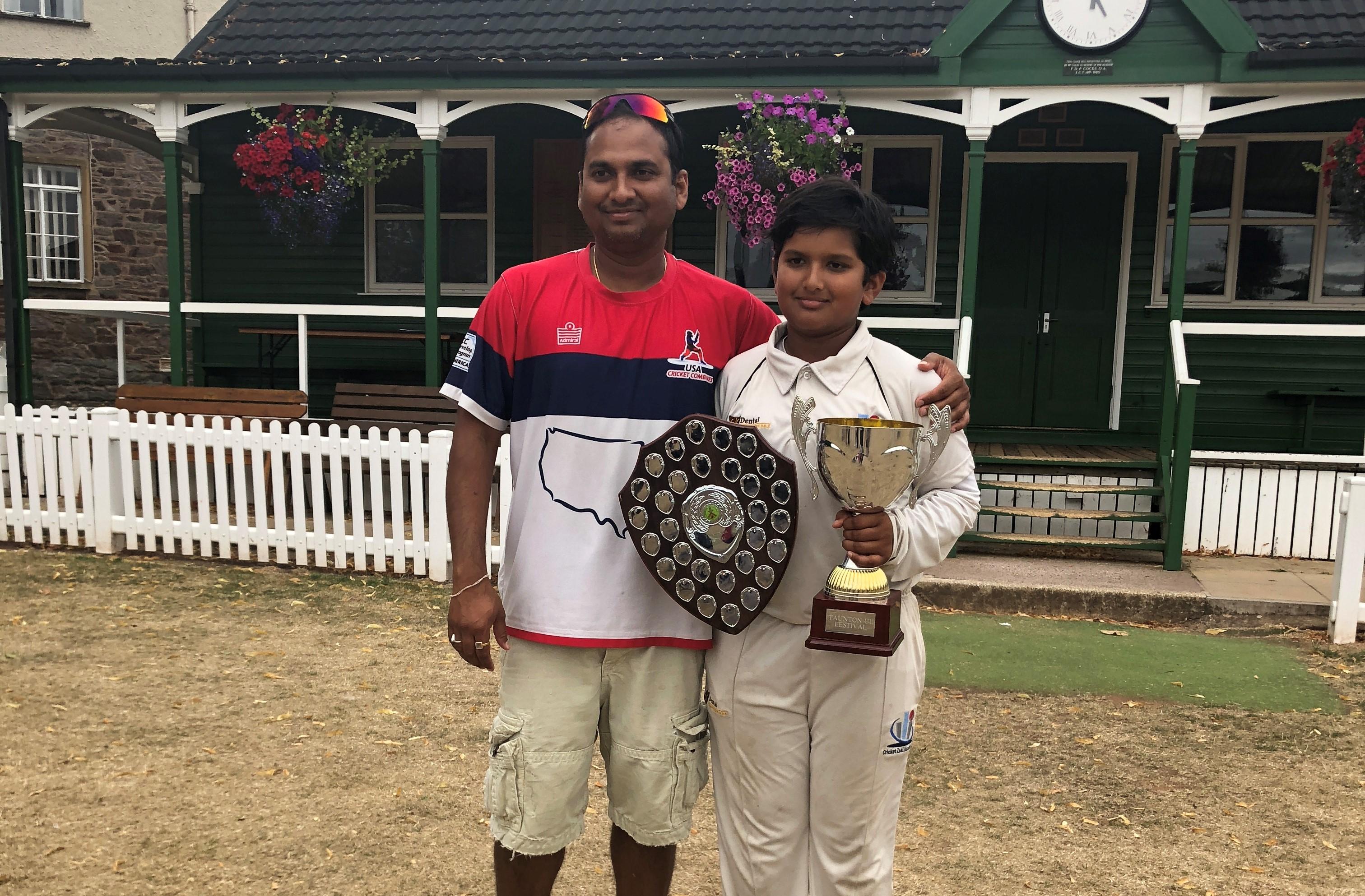 CALIFORNIA (92 News) - He's not yet reached his teens, is diabetic, and is also an immensely talented batsman of Indian origin, based in California, with a voracious appetite for runs.

Aryan Choudhary, 10, has had a remarkable life so far, and much of it has to do with cricket. His love for the game came from his father, Anshuman Choudhary, a passionate cricketer and coach. Anshuman played a crucial role in Aryan’s development as a cricketer – from encouraging him to bat left-handed as a three-year-old to flying with him to different tournaments across the world, he left no stone unturned to hone his son’s special talent.

This is a future star, let me have a picture with him and one day we’ll all wait for his autograph

Anshuman didn't push his son into the sport. Instead, Aryan was given the space to play different sports. The youngster observed his father closely in the coaching sessions he conducted, where kids in the age group of nine to 15 trained under him. One day, the batsmen were asked to drive under-arm deliveries. Aryan was given a chance to join the drill and after understanding the back-lift basics for a drive, the five-year-old hit the ball over the off-side in his second attempt. He succeeded in hitting the ball over extra cover repeatedly and Anshuman saw something he hadn't expected. The two started training seriously from that moment, as Aryan put in hours of hard work every day at California Knight Riders, his father's cricket academy.

Anshuman got a promising job opportunity in Seattle and the family moved to the west coast. The wet weather in the new city made it difficult for eight-year-old Aryan to practice outdoors, and he had no option but to train in the basement of their home with his father. One night, when he took bathroom breaks multiple times in a short span of time, Aryan's parents decided to take him for a medical check-up. That's when the youngster was diagnosed with Type 1 diabetes, where his sugar level had risen above 600. The next few days were emotionally taxing for the entire family, especially Anshuman. He tried to dwell deeper into the cause of the disease, but doctors had just one answer for all his queries – his son's condition was triggered either because of genetics or a sudden change of environment. When asked about what he wanted to do the morning after he was diagnosed and still attached to a saline bottle, Aryan had just one answer: "I want to bat." Anshuman was touched by his son's sincerity, love and dedication for the sport. "You will never miss a day of cricket in your life and you will play the highest level of cricket in this world,” he promised his son. They resumed Aryan's training in the hospital itself. The bat and ball were brought to the ground below and the youngster, still not recovered, smashed two consecutive sixes off his father's bowling. 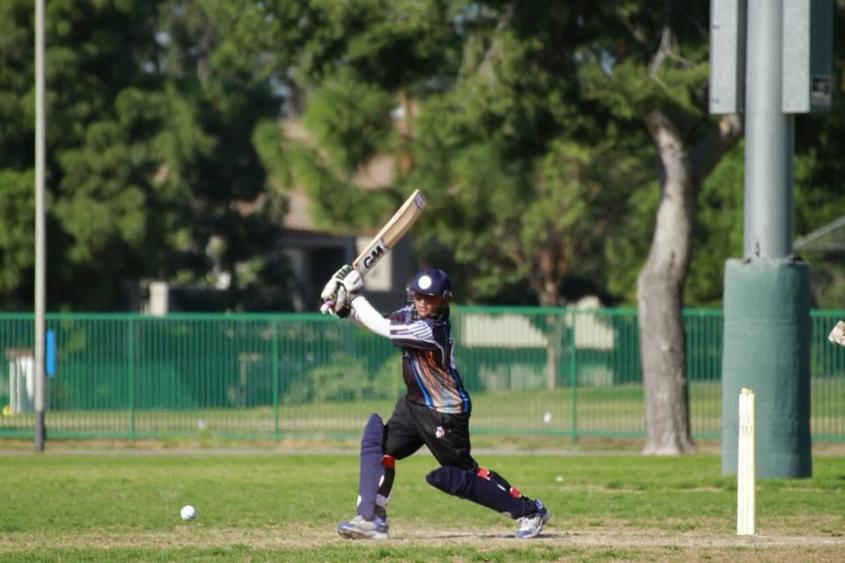 Aryan was discharged from the hospital after two days and returned to full training without wasting a day. His father kept investing heavily in the development of his game, and the basement of their new house was transformed into a full-fledged cricket pitch. The left-hander soon started facing adults in the nets, handling their deliveries with confidence and self-assurance. Anshuman’s team featured in the US Open adult tourney in Florida, where Aryan drew attention as the youngest participant. The family travelled to Christchurch in New Zealand then, and Anshuman played adult cricket at Hagley Oval. An Australian club cricketer saw Aryan in the nets and said, “This kid is super talented, I want to have him in my team." The left-hander batted for the team for 16 overs in a match and impressed one and all with his strokeplay. "This is a future star, let me have a picture with him and one day we’ll all wait for his autograph," said the Australian cricketer. After coming back to the US, Aryan, still eight, was drafted into the US Under-15 team to tour the Caribbean. Aryan featured in seven one-day games on the tour, and won the Player of the Match award in one. He was thrilled to see his name in a local newspaper in Guyana post the game, where he was referred to as an "eight-year-old talented left-hander of the American side". After watching his son thrive in testing competitive cricket overseas, Anshuman resigned from his job in Seattle and relocated to California with his family, to expose Aryan to the best weather conditions and training facilities to further his craft. The youngster has repaid his father's faith in him, and how! 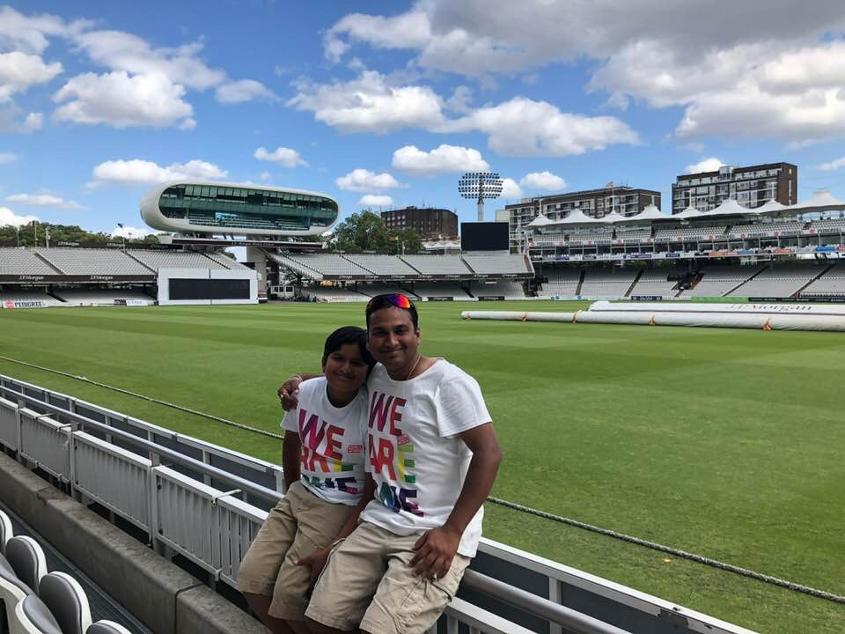 Upon his return to California, Aryan joined a local academy in San Ramon where his father's long-time friend, coach Dashrath, took up the responsibility of coaching and mentoring the youngster. Being the hard-working kid that he is, Aryan hasn't missed a single training session and has gone on to play for various advanced age-groups from Under-10 right up to Under-15. Aryan soon became a reliable top-order batsman for the Under-10 side of his club and was handed the captaincy soon. Not only that, with the help of Dashrath, he took to off-spin like a duck to water. He even donned the wicket-keeping gloves for his side at a time of emergency, without any formal training. He guided his team to the semi-finals of 2018 Under-12 NATA tournament in Los Angeles with the help of some swashbuckling performances. Hitting 18 runs off an over was his most remarkable effort in the competition. This caught the eyes of coaches present at the match and, subsequently, Aryan – nine by then – was called up to be a part of the Under-11 USA team that toured England in July 2018. Anshuman was made the manager of the team. 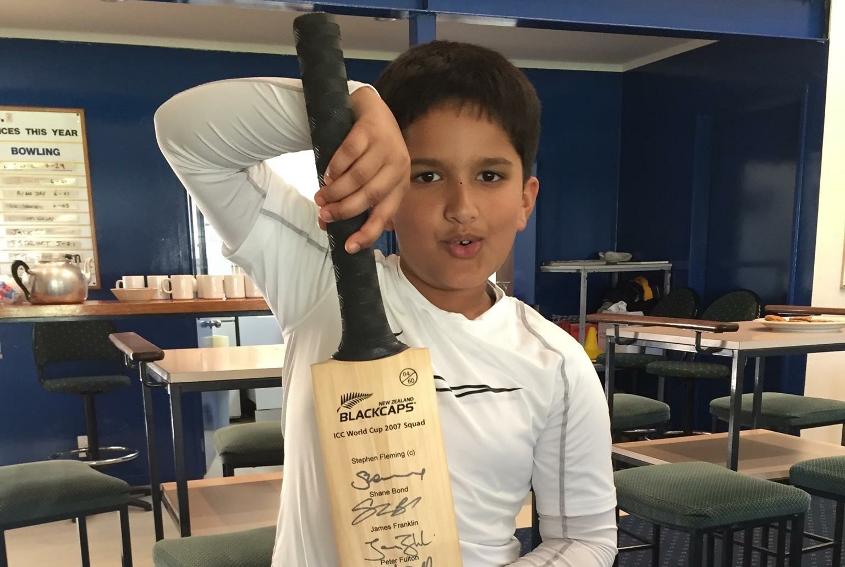 Aryan did well in England too, remaining unbeaten in six of the eight games, despite being the youngest member of the side. The American side won all their games and one of the English coaches who trained the visiting team told Anshuman, "This kid is a genius, I told him about some issues with his technique and Aryan not only listened but implemented the change the very next ball, he learns extremely fast.” When Aryan turned 10, he received a call from Pakistani champion Wasim Akram. The youngster shares quite a few similarities with the legendary all-rounder, the same birth date, the fact that they are both southpaws, and being afflicted by Type 1 diabetes. The phone call motivated the rising cricketer even further and spurred him to continue scaling new heights in his still-nascent cricketing career.