As long as I remain in power, opposition would remain in danger, says PM 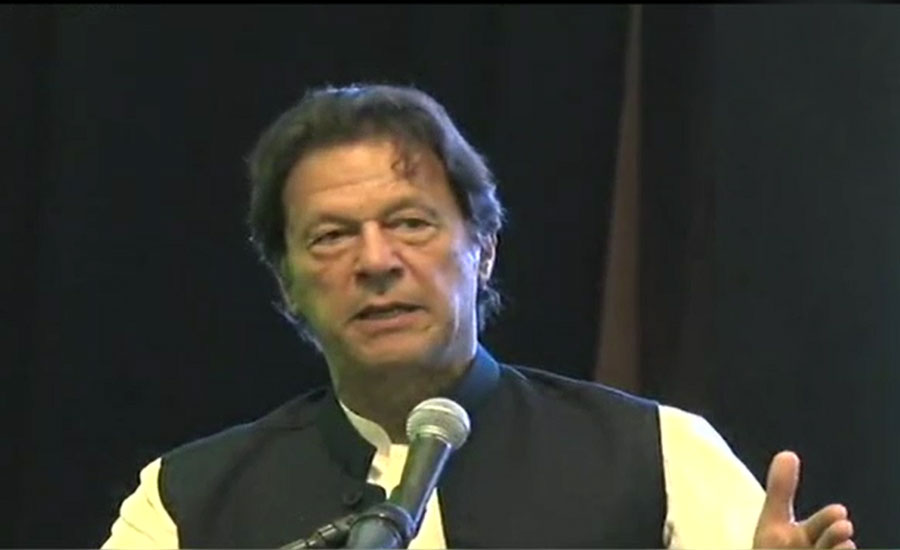 As long as I remain in power, opposition would remain in danger, says PM

KUALA LUMPUR (92 News) – Prime Minister Imran Khan on Wednesday said that as long as he will remain in power, the opposition would remain more in danger. Addressing expatriate Pakistanis in Malaysia, Imran Khan said that the opposition wanted to tumble the government immediately, adding that the longer he would remain in power, the more dangerous it would get for the opposition and those making the most noise know they have to go to prison. The prime minister said the opposition made noise since day one of the Pakistan Tehreek-e-Insaf (PTI) government coming into power. “The opposition did not even let me deliver my first speech,” he mentioned. PM Khan stressed that he had not mentioned the opposition or taken any names but when he speaks of putting thieves in jail, the entire opposition rises up. “This is why everyone is gathering to save democracy…They are gathering together to save their theft, not democracy,” he explained. “This will be the first government which will not give National Reconciliation Ordinance (NRO) to anyone. The ‘opposition’ knows that they would be put behind bars,” he termed. Meanwhile, the prime minister announced to launch anti-poverty programme in the coming Sunday. He said – while talking to the Pakistani community – the PTI-led government recently inaugurated shelter homes for homeless people and a comprehensive program on poverty alleviation will be launched this week. Prime Minister Imran Khan said that the government is committed to uplift the living standard of poor and downtrodden segments of society by improving governance and ending corruption. He said incumbent government is working on four areas on priority basis. “Of these, first is to increase the exports for which efforts are afoot in consultation with all stakeholders, he said, “Secondly, the government is also urging the overseas Pakistanis to send their remittances through banking channels.” The PM said 10 to 15 billion dollars additionally could be achieved if the formal channels are utilized. He said the third priority is to lure foreign investment into the country as it is the main thing for job creation and spurring the economic activity in the country. He invited the overseas Pakistanis to invest in the home country as part of their national obligation. The Prime Minister assured them that government will provide them all out facilities, and also improve ease of doing business by reducing the bureaucratic hurdles. Imran Khan said the government will not spare anyone involved in corruption and money laundering. He said trials will be held against the corrupt elements and they will be put into jails. Lauding the services of Pakistani diaspora in Malaysia, the PM said they are a great asset to the nation. They not only sacrificed their family lives to work hard but also contributed greatly to the home country by sending their valuable remittances. Imran Khan said the people migrated to other countries from Pakistan due to bad governance in the country for years. He said in 1960s people from Malaysia would come to Pakistan for higher education, but the situation is reversed today. Imran Khan said nations also face roller coaster rides over their lifetime. He said when an institution or nation ameliorates, things improve. He said Malaysia developed due to good governance despite having limited resources. The prime minister said Malaysia is fortunate to have a great leader like Mahathir bin Mohamad and that is why it enjoys today 220 billion dollars of exports with 30 million population, while Pakistan with a population of 221 million has only exports worth about 25 billion dollars. He said Pakistan is a country endowed with rich resources. The Prime Minister expressed confidence that no other nation potential like Pakistan and it will be harnessed for best use of the country.