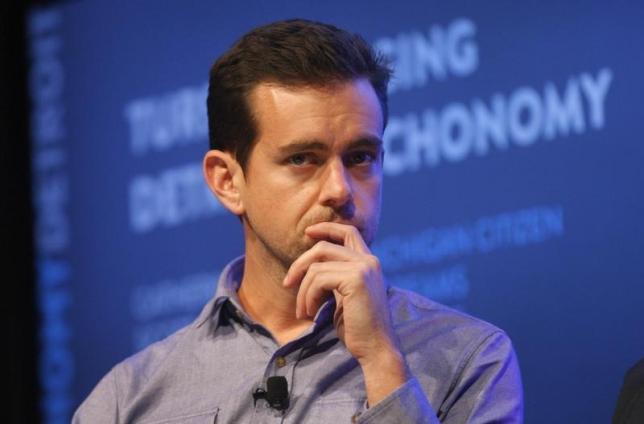 SAN FRANCISCO - If Jack Dorsey becomes permanent CEO of both Twitter Inc (TWTR.N) and mobile payments company Square, he could struggle with conflicts of interest in the business that is key to both companies' futures: e-commerce. Corporate governance experts and some investors have already expressed concern that Dorsey faced tough choices in his role as interim Twitter chief and head of Square. That intensified on Wednesday after a report by technology news website Re/code that Dorsey is expected to be named permanent chief executive at Twitter as early as Thursday, while keeping his job at Square. “The biggest conflict would simply be the allocation of his time,” Esther Dyson, an early Square investor who holds several board and advisory positions at tech companies, told Reuters in an email on Tuesday. “CEO is a full-time job.” Neither company commented on the Re/code report. Dorsey has acknowledged the risk of a conflict of interest, publicly saying he recuses himself from decisions involving both companies. Still, that leaves him out of discussions in a key area of growth. Twitter has increased its payments and e-commerce options since Dorsey took the helm as acting Twitter chief on July 1. Earlier this month, Twitter announced a partnership with Square that would enable users to make political donations directly through the site. And on Wednesday, Twitter said it was partnering with U.S. retailers to help them sell products through a "buy now" button in tweets, a feature that does not involve Square, and relies on potential rivals to Square's service. The clearest conflict would be if Twitter continues to roll out payments and e-commerce features in partnership with Square. Dorsey would have a fiduciary duty to pursue both parties' best interests, lawyers said, which could pose problems. "The list of conflicts is as long as the imagination will permit," said Lawrence Hamermesh, professor of corporate and business law at Widener University School of Law. "Every waking moment, Dorsey is going to have to decide, 'Am I going to work on Twitter or Square?'" Slow user growth and muted response to a new advertising feature led Twitter to lower its revenue forecast for the year in April. Its shares went public in 2013 and gained as much as 60 percent that year but have since fallen to near the initial public offering price. "There might come a time where (accepting payments) is so important to (Twitter's) strategic vision that the challenge becomes too great," said Stanford law and business professor Robert Daines. Both companies declined to comment on the conflict of interest issue. DUAL CEOS Dorsey would not be the first person to run two major companies. Steve Jobs led Apple Inc (AAPL.O) and animated movie studio Pixar for several years. Elon Musk runs electric car pioneer Tesla Motors Inc (TSLA.O) and rocket maker SpaceX. Twitter shares rose on the Re/code report, and some investors voiced confidence that Dorsey could run both companies long term, pointing to faster product rollouts at Twitter since he returned as interim leader. "After watching Jack execute on his vision at Square, and more recently at Twitter as CEO, we are highly confident in Jack's ability to serve as CEO of both companies," said Justin Dini, spokesman for Rizvi Traverse Management, an investor in both Square and Twitter. Yet Twitter and Square's interests overlap more frequently than those juggled by Jobs and Musk, corporate lawyers and payments executives said. Square is also expected to file for an IPO later this year, which will require substantial time from Dorsey. Moreover, Twitter's president of global revenue and partnerships, Adam Bain, is a clear number two to Dorsey, while Square's management structure has no such backup. One potential solution is for the two companies to merge or form a deeper partnership. "It could result in the two companies combining at some point," said FBN Securities analyst Shebly Seyrafi. - REUTERS