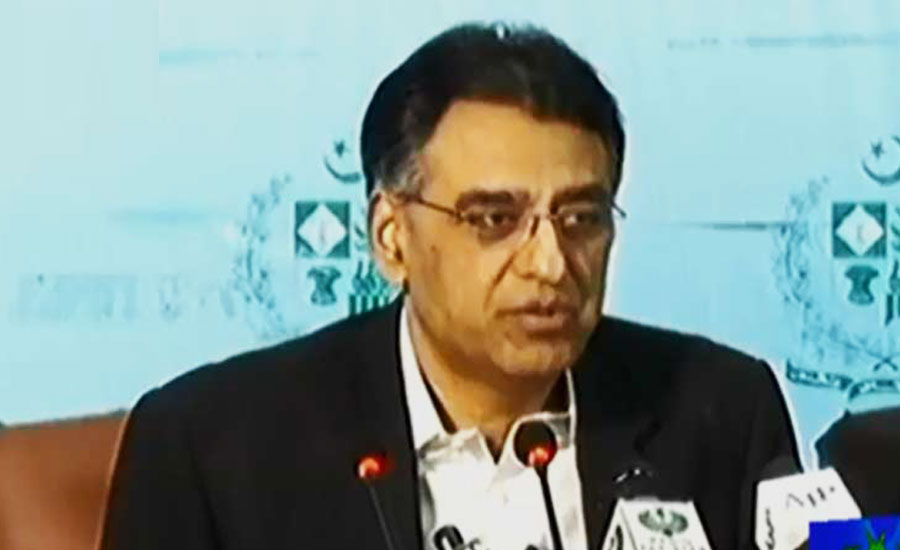 ISLAMABAD (92 News) – Government has decreased the prices of petroleum products for the next month to pass on the benefit of reduced international oil prices. Addressing a press conference along with Minister of Planning Khusro Bakhtyar and Minister of State for Revenue Hammad Azhar in Islamabad Finance Minister Asad Umar said price of petrol and diesel has been decreased by 2 rupees per liter while kerosene oil by 3 rupees. The price of Light Diesel Oil has been brought down by 5 rupees per liter. He said petroleum levy has reached at the level of 8-10 percent while the sales tax is 8 percent on petrol and 13 percent on diesel. The new prices will be in effect from 12 am tonight. Asad Umar said the government is devising policies for the benefit of common man and this price reduction is a step in that direction. Referring to hike in the price of dollar vis-a-vis rupee, the Finance Minister said the previous governments used foreign loans to stabilize the national currency against dollar. He said no effort was made to strengthen the structural foundations of the economy. He said the issue of increase in dollar is linked with demand and supply. Asad Umar said PTI government has set the economic direction of the country and the positive results of our policies will start becoming visible soon.  The Minister said we need to enhance our exports in order to earn valuable foreign exchange. Minister for Planning Khusro Bakhtyar said our consumption has increased while the investment is gradually declining during the last five years. He said reforms are being made in economic infrastructure. He said the new government is focused on human development for more than 120 million youth of this country. He said the untapped potential of Gwadar Port will be fully utilized, and for this purpose a research plan is being worked out. He said the exports and manufacturing base will be enhanced in the coming three to four years which will have positive impact on the economy. Khushro Bakhtyar said the governance flaws in social structure will also be plugged by introducing the reforms. He said there is a potential of one trillion dollar in the mineral sector and a policy will be evolved to exploit the potential existing in Khyber Pakhtunkhwa, Tribal Areas and Balochistan. Replying to a question, Asad Umar said the rupee depreciation has nothing to do with IMF package. He said Indonesia has provided to Pakistan an access arrangement on 20 things. He said Malaysian Prime Minister Mahathir Mohamad has accepted the invitation to visit Pakistan as Chief Guest on Pakistan Day in March next. He said financing has been arranged to avert the immediate balance of payment crisis. Asad Umar said negotiations with UAE and Chinese sides are in advanced stage for financial package. He expressed confidence that agreements with these countries will be signed next month.