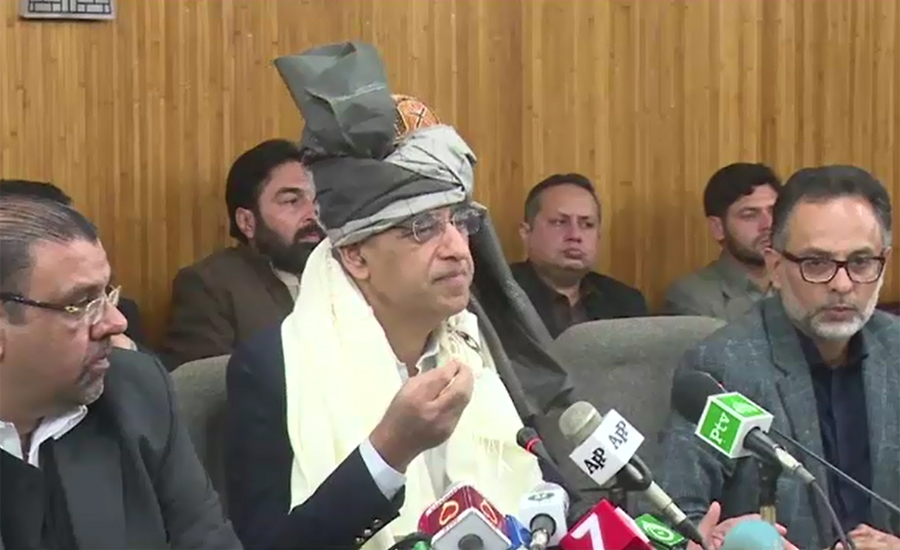 PESHAWAR (92 News) – Finance Minister Asad Umar has said that there is need to increase tourism in the country. Addressing the Peshawar Chamber of Commerce on Monday, he said that investment will come to the country with an increase in the investment. “Natural gas has been discovered in Khyber Pakhtunkhwa, while CPEC project is underway in collaboration with China which is a good sign. He declared there will be no deal or ‘dheel’ (concession). “Now Saad Hariri has also refused to strike the NRO in future,” he said. The minister said that the IMF had changed its position and now the agreement will be good. “It seems that we have come close to the agreement. There is need to make the agreement last one,” he said. He said that no one will rectify things in Pakistan from abroad. “The economy will rise if we will make better decisions. It will happen only with the investment,” he maintained. Asad Umar said that they had to start the work as a lot had been said. “It is mandatory to expand the tax net and the country will not advance without it,” he said. “A very easy system will be introduced for a small businessman who will have to deposit the tax once in a year,” he announced. The minister was of the view that the new system will succeed in Islamabad and will be imposed later across the country. He said that he would talk to the prime minister about a separate minister for the textile sector. To a question, he said that there should be no loadshedding in the industry. “The Turkmenistan–Afghanistan–Pakistan–India Pipeline (TAPI) project has not been abolished and the work on it is going on,” he declared.