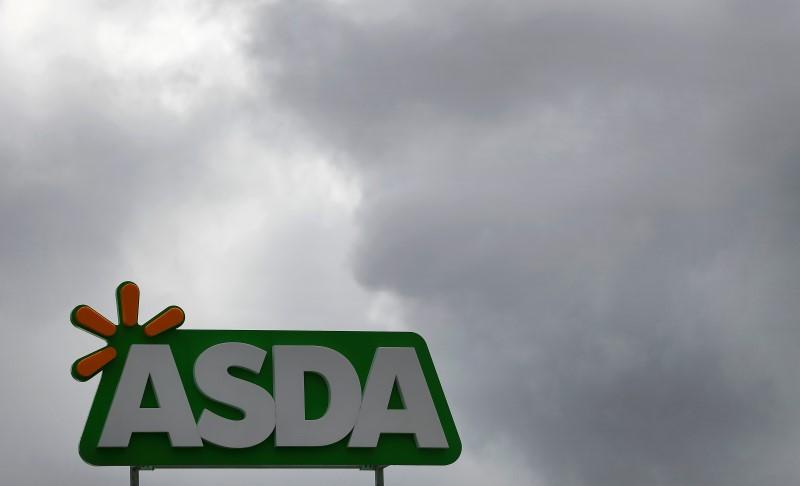 The newspaper said Asda, which trails market leader Tesco and Sainsbury’s in annual sales, is in the early stages of assessing a bid for B&M, which is chaired by Terry Leahy, the former chief executive of Tesco.

It said Asda has commissioned external research on B&M and cited an unidentified industry source as saying that buying B&M would reduce Asda’s reliance on food sales and provide it with a network to stock its George clothing range.

Last year Sainsbury’s bought Argos-owner Home Retail for 1.1 billion pounds, while in January Tesco agreed on a 3.7 billion pounds takeover of wholesaler Booker, a deal which is currently being probed by competition regulators.

Of Britain's big four supermarket players, which also includes Morrisons, Asda was hurt the most by the rise of German discounters Aldi and Lidl. It has reported eleven straight quarters of underlying sales decline.

B&M trades from over 540 UK stores, selling products ranging from bedding to barbecues to food. Its shares listed at 270 pence in 2014. They closed Friday at 340 pence, valuing the business at 3.4 billion pounds.

The Sunday Times said applying a normal takeover premium would take its price to at least 4.4 billion pounds.