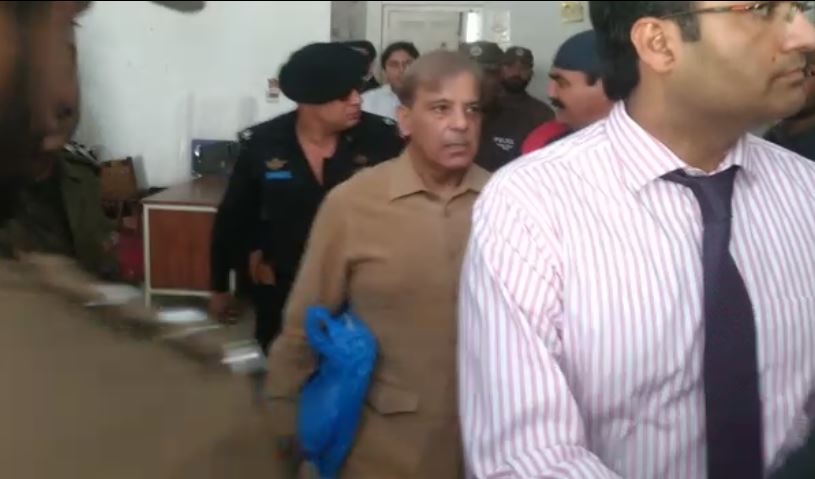 LAHORE (92 News) – An accountability court on Saturday extended the physical remand of Leader of the Opposition Shahbaz Sharif until November 24. The NAB has also arrested Shehbaz Sharif in the construction of the Ramazan Sugar Mill bridge. The file of the new case and evidence were also presented to court. During the hearing, the NAB prosecutor contended that they could not complete the investigation due to the National Assembly session. He informed the court that Ahad Cheema had prepared a feasibility report. At this, the court asked the NAB prosecutor to take the matter ahead of the feasibility report. Shehbaz Sharif said that he takes oath that he was investigation during the production order. The counsel for Shehbaz Sharif objected to the NAB move. Meanwhile, Shehbaz Sharif and the investigation officer had an exchange of hot words. The NAB had requested the court to extend the remand of Shahbaz Sharif for 15 days. After listening to the arguments of both parties, the court had reserved its verdict which was later announced. Several PML-N workers gathered outside the court ahead of Shehbaz Sharif's appearance. PML-N workers tried to enter the building which led to a clash with the police who resorted to baton charge to bring the situation under control.