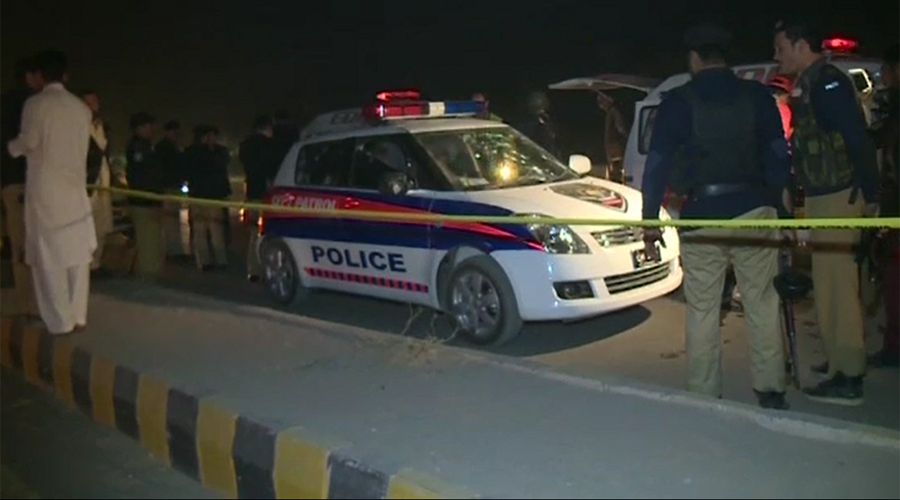 PESHAWAR (92 News) – An assistant sub-inspector was martyred while three people, including two constables, were injured when unknown assailants opened fire on a vehicle of City Police Petrol Force in Shinwari Town on Monday. The martyred ASI was indentified Asmatullah. Eyewitnesses said that the attackers were riding a bike. The accused managed to escape after the incident. The injured were shifted to hospital. The condition of one of the injured is stated to be critical.