Asia Bibi case is a legal matter, Army not related to it, says DG ISPR 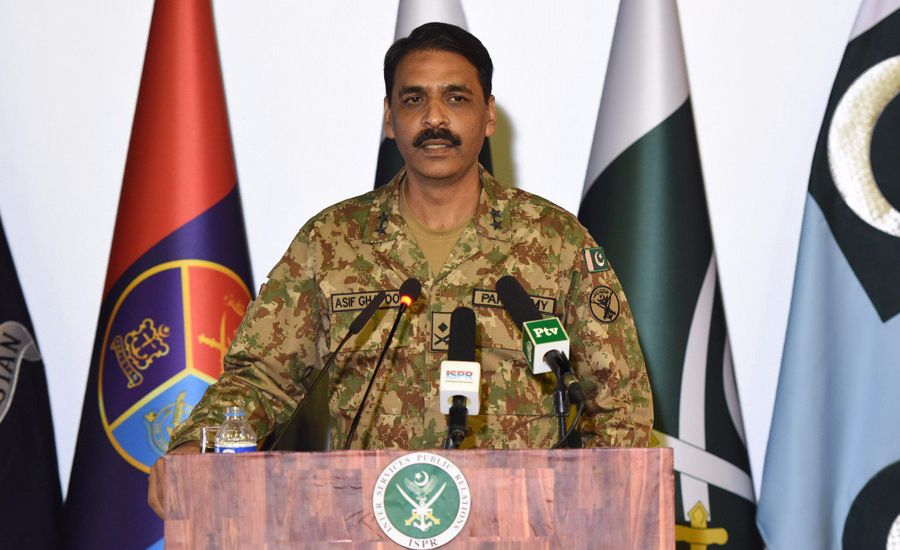 Asia Bibi case is a legal matter, Army not related to it, says DG ISPR

RAWALPINDI (92 News) – DG ISPR Maj Gen Asif Ghafoor has said that it is regrettable to involve Pak Army in each issue. Talking to state TV on Friday, he said that the review petition in the Asia Bibi case has been filed and let it complete. “Religious parties have staged a sit-in against the SC verdict. The Asia Bibi case is a legal matter which has been sub judice for last 10 years and the Army is not related to it,” he added. He appealed to religious parties to become part of the legal process. The DG ISPR said that Pakistan Army has been displaying tolerance. “Pak Army has fought a war which is about to be won. We are near to achieving peace. At this time, our attention should not be diverted,” he said. He said that they should not be forced to take a constitutional step. The DG ISPR said that there no compromise on love for the Holy Prophet (PBUH). DG ISPR Maj Gen Asif Ghafoor said that Islam teaches us peace, tolerance and love.