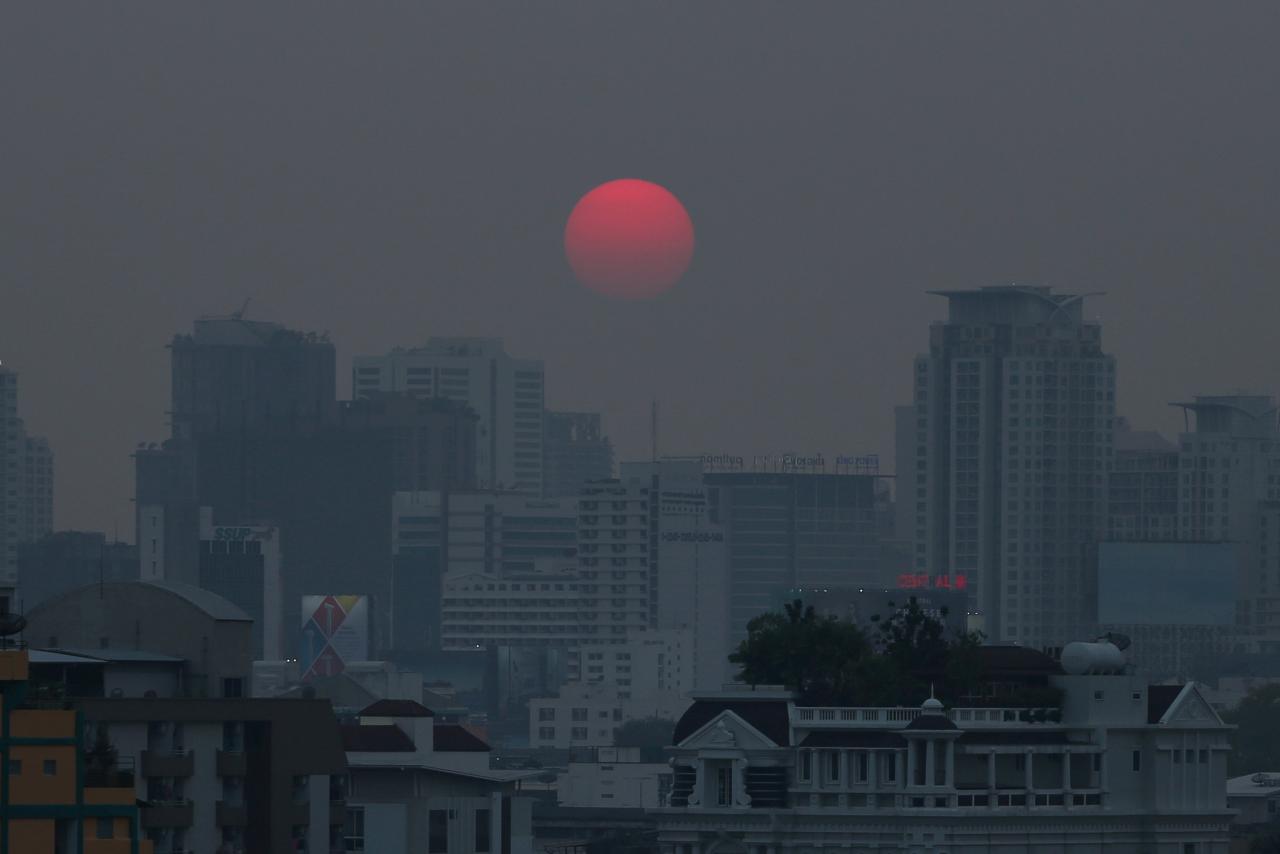 BANGKOK (Reuters) - Asia is a critical battlefield in the global fight to rein in air pollution, registering about 5 million premature deaths each year, delegates at a United Nations conference said on Wednesday, as they urged tougher enforcement of curbs.

The World Health Organization (WHO) calls air pollution the greatest environmental risk to human health. About 90 percent of related deaths take place in low- and middle-income countries, most of them in Southeast Asia and the Pacific.

"There is a sense that if you're developing economically it doesn't mean that you have to live in a city where you can't breathe the air," Dechen Tsering, the Asia-Pacific director of the U.N. Environment programme, said at the two-day event.

"There is also a growing sense that there are technologies, there is financing (to help)," said Tsering, adding that the region was a key battleground in the fight.

Air pollution grew more than 5 percent between 2008 and 2013 in more than two-thirds of Southeast Asian cities, the WHO said in a report in 2016.

Children are "uniquely vulnerable", said Karin Hulshof, East Asia and Pacific director for the U.N. children's agency UNICEF, adding that about 300 million children worldwide live in areas where the air is toxic.

"What we are seeing, more and more, in cities like Ulanbataar, is hospitals full of children suffering from diseases related to air pollution," said Hulshof, referring to a public health crisis in Mongolia's capital caused by toxic smog.

Emissions limits are simply not being enforced in Asia, however, said Andreas Kock, managing director at Scheuch Asia, which develops and produces environmental cleaning technologies.

"Basically, they are not investing because the pressure is not there," said Kock, who called for efforts to spur industries in Asia to adopt pollution-reducing technology.

Major cities, such as Bangkok, need to build comprehensive public transport networks and push citizens to use them, Tsering said, as well as environment-friendly vehicles, like bicycles.

That is the aim of Mobike, a bike-sharing smartphone application that allows people to find bicycles and unlock them by scanning a QR code.

"In Bangkok, we operate in two locations and we hope to expand in a few months," Sam Nathapong, a representative of China-based Mobike, told Reuters.