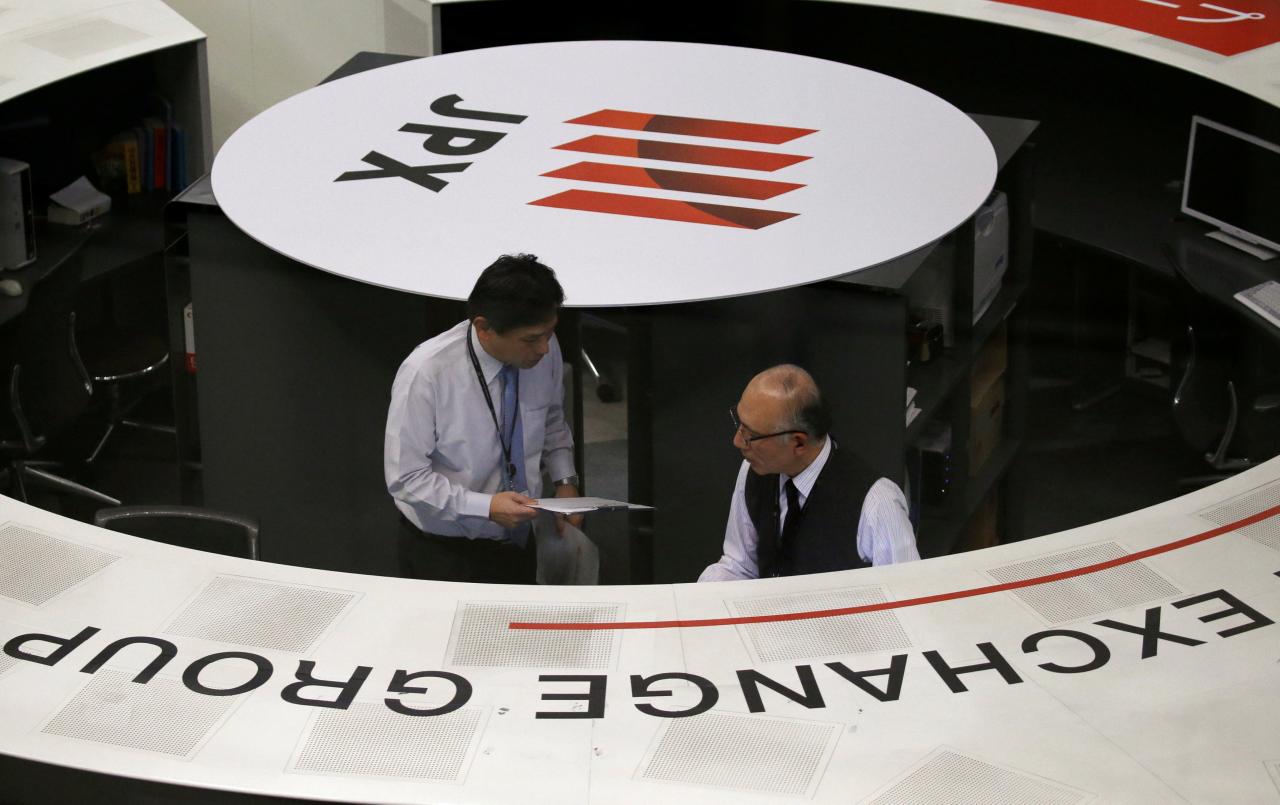 SYDNEY (Reuters) - Asian share markets rose sharply on Tuesday as reports of behind-the-scenes talks between the United States and China rekindled hopes a damaging trade war could be averted, in turn sapping the strength of the dollar and yen.

The abrupt mood swing came amid reports Chinese and US officials were busy negotiating to avert an all-out trade war.

Even a whiff of a compromise was enough to propel Wall Street to its best day in 2-1/2 years and deliver the Dow its third-biggest point gain ever.

The sudden bout of optimism on trade helped offset news the United States and many of its Allies were expelling more than 100 Russian diplomats in retaliation for a nerve agent attack on a former Russian spy in Britain.

The surge in stocks dragged on the Treasury market, which faces a record $294 billion of new supply this week.

Yields on 10-year Treasury notes US10YT=RR inched up to 2.856 percent, but remained short of last week’s top above 2.90 percent.

In currency markets the reaction was to offload both the yen and the US dollar.

“The yen is being quietly sold as risk hedges are unwound and looks particularly vulnerable on the crosses,” Citi analysts said in a note.

Short-covering against the euro was especially sharp as the common currency jumped 1.4 percent overnight EURJPY= to stand at 131.32 yen.

That allowed the US dollar to bounce to 105.69 yen , having been at its lowest since late 2016 at one point. Yet the US currency ran into selling against almost everything else, with notable breaks by the euro and sterling.

The broad-based softness kept the dollar retrained against a basket of currencies at 89.121 .DXY, after touching a five-week trough of 88.979.

The improved mood on trade gave a fillip to industrial commodities, with copper and iron ore bouncing, while spot gold XAU= was steady around $1,352.00 an ounce.