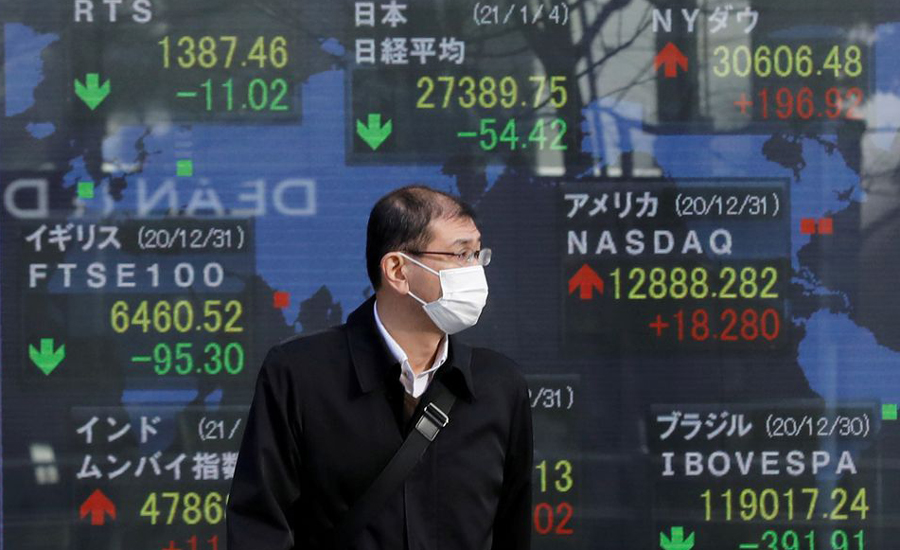 A host of Federal Reserve speakers this week will likely give markets plenty to consider as policymakers assess how best to respond to receding risks posed by the coronavirus in some major economies.

A test case on U.S. inflation will come this week when the Labor Department releases its latest consumer price index report on Wednesday.

"The Asian markets today will follow the US trend and several Chinese tech stocks will in particular be under big pressure due to the pending antitrust penalty," he said.

Overnight, Wall Street closed lower as inflation jitters drove investors away from market-leading growth stocks in favor of cyclicals, which stand to benefit most as the economy gathers momentum.

Speculation that growing price pressure would erode the dollar's value kept the U.S. currency near a 2-1/2-month low. By early Tuesday, the dollar index , which measures the greenback against six major currencies, had pared losses to stand at 90.333.

A sluggish dollar helped sterling rally to $1.412, the highest since Feb. 25, despite Scotland's leader saying another referendum on independence was inevitable after her party's resounding election victory.

Rising inflation expectations lifted longer-dated U.S. Treasury yields. The yield on benchmark 10-year Treasury notes rose to 1.5914% after plunging to a two-month low of 1.469% on Friday.

Treasuries and the dollar have swung back and forth as investors adjust their expectations for when the US Federal Reserve will start tapering bond purchases and raising interest rates as the US economy gains momentum.

Oil prices gave up earlier gains as concerns that rising COVID-19 cases in Asia will dampen demand outweighed expectations that a major U.S. fuel pipeline could restart within the week following a cyber attack. read more

US heating oil futures , which reflects prices for jet fuel and diesel, stood at 2.0074 a gallon.