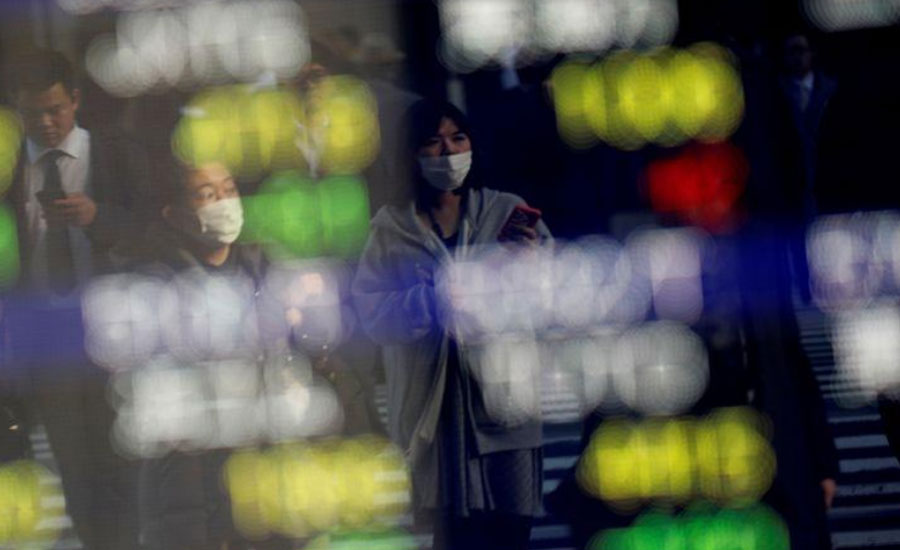 After a slow start, MSCI’s broadest index of Asia-Pacific shares outside Japan swung 0.8% higher to hit another all-time peak.

South Korea climbed 2% to a record, led by the chip and auto sectors, while Chinese blue chips added 0.3%.

E-Mini futures for the S&P 500 were steady after also touching a record high. EUROSTOXX 50 futures were flat, while FTSE futures rose 0.4%.

Investors are still counting on central banks to keep money cheap while coronavirus vaccines help revive the global economy over time, though much of that optimism is already priced in and the virus still spreading.

Investors are cautiously watching runoff elections in Georgia for two US Senate seats on Tuesday that will determine which party controls the Senate.

If the Republicans win one or both, they will retain a slim majority in the chamber and can block President-elect Joe Biden’s legislative goals and judicial nominees.

“If Democrats win both races, Vice President-elect Kamala Harris would be the tiebreaking vote, giving the party unified control of the White House and Congress,” noted analysts at CBA.

“This would raise the likelihood a material US infrastructure spending package gets fast-tracked through Congress.”

Minutes of the Federal Reserve’s December meeting due on Wednesday should offer more detail on discussions about making their forward policy guidance more explicit and the chance of a further increase in asset buying this year.

The data calendar includes a raft of manufacturing surveys across the globe, which will show how industry is coping with the spread of the coronavirus, and the closely watched ISM surveys of US factories and services.

Chinese factory activity continued to accelerate in December, though the PMI missed forecasts at 53.0.

Japan’s factory activity stabilised for the first time in two years in December, while Taiwan picked up.

Friday sees the U.S. December payroll report where median forecasts are for only a modest increase of 100,000.

Analysts as Barclays are tipping a fall of 50,000 in jobs, which would be a shock to market hopes of a speedy recovery.

“A number of incoming indicators on activity point to slower momentum as the economy closes out the year, including data on labour markets where initial claims rose during the December survey period,” said economist Michael Gapen in a note.

Such a drop would add pressure on the Fed to ease further, another burden for the dollar which is already buckling under the weight of the massive U.S. budget and trade deficits.

The decline in the dollar has been a support for gold, leaving the metal 1% firmer at $1,917 an ounce.

Oil prices have steadied after a couple of months of solid gains, with Brent meeting resistance around $52.50 a barrel. The rebound still left Brent down 21.5% for the year, and WTI 20.5%.