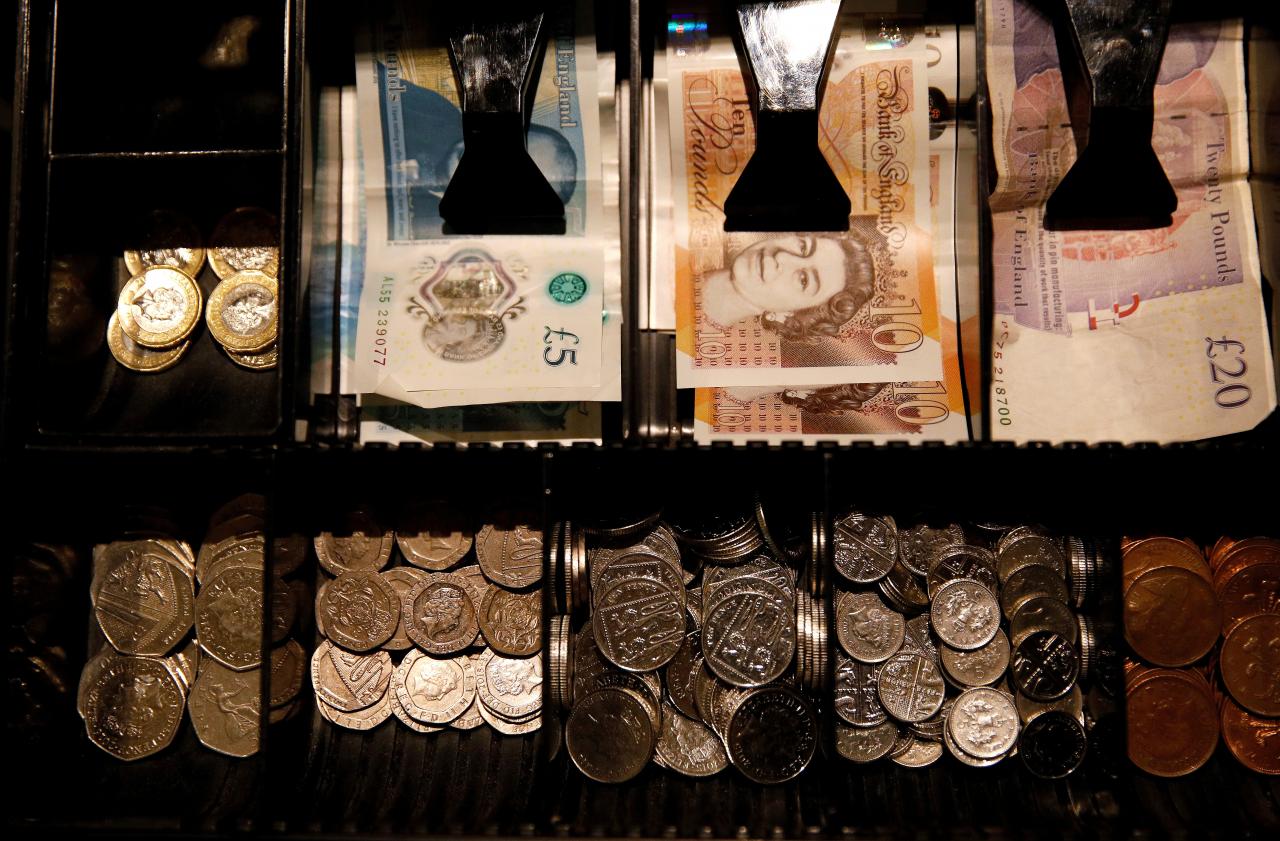 SYDNEY (Reuters) - Chinese shares pulled ahead on Tuesday after Beijing confirmed it was still in trade talks with the United States, though sentiment remained fragile in Asia as the pound wallowed near 20-month lows on deepening political turmoil over a Brexit deal. Chinese Vice Premier Liu He spoke with US Treasury Secretary Steven Mnuchin and Trade Representative Robert Lighthizer on Tuesday, exchanging views on pushing forward the next stage of trade talks, China’s Commerce Ministry said. The news soothed sentiment somewhat although there were still uncertainties over the prospects for a lasting resolution to a trade dispute that has turned increasingly bitter in the past several months. Chinese shares opened in the positive territory with the blue-chip index up 0.3 percent. Australian shares gained 0.2 percent while the Aussie bounced too. However, that barely helped MSCI’s broadest index of Asia-Pacific shares outside Japan which was languishing near a 3-week trough. Japan’s Nikkei reversed early gains to be down 0.3 percent and Hong Kong’s Hang Seng index eased 0.4 percent. Analysts expect investors to remain cautious given the uncertainty around a durable trade deal between China and the United States. “Remember this isn’t the first time these backroom negotiations have tangled a carrot in front of the markets,” said Stephen Innes, head of APAC trading for OANDA. “And while I view this development as positively significant in the broader context, a trade war is far from over.” Also weighing on sentiment, British Prime Minister Theresa May abruptly postponed a parliamentary vote on her Brexit agreement on Monday, a move that hit risk assets globally and sent the pound spiraling down to $1.2505. Disappointing data from major economies including China and Japan have also fanned worries about corporate earnings and factory output, with the Sino-U.S. trade battle clouding the outlook for world growth. Among emerging markets, investors will focus on India where the central bank governor shockingly resigned on Monday. “Urjit Patel’s resignation for ‘personal reasons’ goes to reinforce the widened rift between the central bank and the government,” said Robert Carnell, Asia-Pac chief economist for ING. “The news is clearly a significant negative for the markets.” Singapore Nifty futures slumped almost 2.5 percent on Tuesday to a near six-week trough, indicating a weak opening for Indian shares.

These uncertainties have put the brakes on equities this year, with the MSCI ex-Japan index skidding more than 16 percent after surging 33.5 percent in 2017. In a global outlook note released late on Monday, BofAML forecast more volatility in 2019 with modest gains in equities and credit, a weaker dollar, widening credit spreads, and a flattening to inverted yield curve. “The bear market vibe at the end of 2018 is expected to continue, with asset prices finding their lows in the first half of 2019 once rate expectations peak and global earnings expectations trough,” it said. In currencies, sterling slumped below important chart support around $1.26 on May’s delayed Brexit vote. With European Union refusing to renegotiate the deal lawmakers doubted her chances of winning big changes. The dollar climbed on the yen to 113.19. An index that measures the greenback against a basket of major currencies has jumped 5.5 percent so far this year on safe-haven demand. The currency has also gained broadly as the US Federal Reserve stayed on its policy tightening path, although uncertainties over how much further the Fed can tighten have turned bullish dollar bets sour lately. The dollar index was last down 0.1 percent at 97.134. In commodities, oil prices echoed the weakness in global stock markets amid worries about a slowdown in demand, dropping 3 percent on Monday. US crude futures were last up 27 cents at $51.27 per barrel. Brent added 39 cents to $60.36.