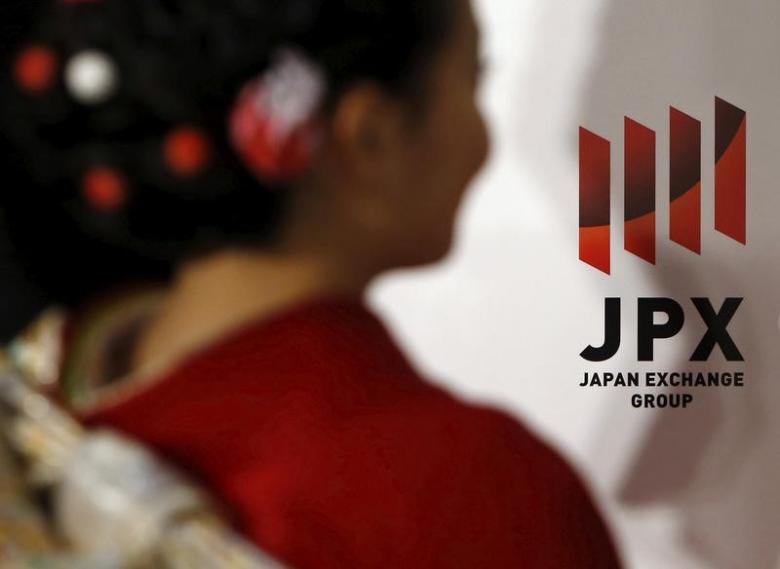 SINGAPORE - Asian shares lost some of their recent gains on Friday, after lackluster sessions on Wall Street and Europe, while 10-year US Treasury yields and crude futures pulled back from multi-month highs hit overnight. MSCI's broadest index of Asia-Pacific shares outside Japan .MIAPJ0000PUS dropped 0.6 percent, but remained on track to end the week up 0.6 percent. Japan's Nikkei .N225, which jumped to an 11-month high on Thursday, slipped 0.6 percent on Friday. It is set for a weekly gain of 0.1 percent. South Korean shares .KS11 dropped 0.7 percent, extending weekly losses to 0.25 percent, after opposition parties said they would propose a motion later on Friday to impeach President Park Geun-hye over an influence-peddling scandal, with the intention of holding a vote on her impeachment on Dec. 9. China's CSI 300 index .CSI300 retreated 0.5 percent, shrinking gains for the week to 0.3 percent. Hong Kong's Hang Seng index .HSI, which gave up 0.9 percent, is heading for a 0.2 percent weekly loss. Yields for 10-year US Treasuries US10YT=RR pulled back to 2.439 percent on Friday, after touching 2.492 percent on Thursday, the highest since June 2015. Investors are eyeing November's non-farm payrolls report, due later in the session, for further evidence of improvement in the economy, after data showed factory activity accelerating in November and construction spending at a seven-month high in October. The strong data boosted expectations of higher interest rates. Expectations for higher rates were already running high because of anticipated inflationary pressures from rising oil priced and President-elect Donald Trump's promises of fiscal stimulus and infrastructure spending. Global benchmark Brent futures LCOc1 jumped to a 16-month high of $54.53 a barrel on Thursday after the Organization of Petroleum Exporting Countries agreed its first output cut since 2008. Russia also agreed to reduce production for the first time in 15 years. They pulled back 0.8 percent on Friday to $53.55 as investors took profits, but are set for a weekly rise of 13.4 percent. Having climbed 13 percent in the past two days, US crude CLc1 surrendered some gains on Friday, falling 0.6 percent to $50.85. It is on track for an increase of 10.3 percent this week. On Wall Street, while the Dow Jones Industrial Average .DJI set a record closing high, the S&P 500 .SPX and the Nasdaq .IXIJ ended the day with losses as expensive technology stocks pulled back. Earlier, European markets also had a lackluster session, with the STOXX 600 down 0.3 percent at the close after pulling back from the previous session's three-week high. Investors remained nervous ahead of a constitutional referendum in Italy and a presidential election in Austria this weekend. "A weak lead from US markets, Italy's referendum and tonight's release of US jobs data all provide reasons for the stock market to close the week in a cautious, wait-and-see mode," Spooner said. The dollar, which hit the highest level since February versus the yen earlier on Thursday, retreated after weekly jobless claims, which hit a 43-year low in mid-November, rose to their highest level in five months last week. The dollar was trading 0.3 percent lower at 113.77 yen on Friday, having also lost 0.3 percent on Thursday. It remains on track for a weekly gain of 0.5 percent. "The dollar could test the 115 yen threshold depending on how the US jobs report turns out," said Daisuke Karakama, market economist at Mizuho Bank. The dollar index .DXY, which tracks the greenback against a basket of six major global peers, slipped 0.2 percent on Friday, extending losses for the week to 0.7 percent. The British pound GBP=D4 touched a near-two-month high versus the dollar on Thursday after Brexit minister David Davis said Britain would consider paying into the European Union budget for market access. Sterling was steady at $1.2595 on Friday, heading for a weekly gain of 0.9 percent. The euro EUR=EBS also strengthened on Thursday, rising 0.7 percent, and added 0.1 percent to $1.0673 on Friday, putting it on track for a 0.9 percent increase this week. -Reuters