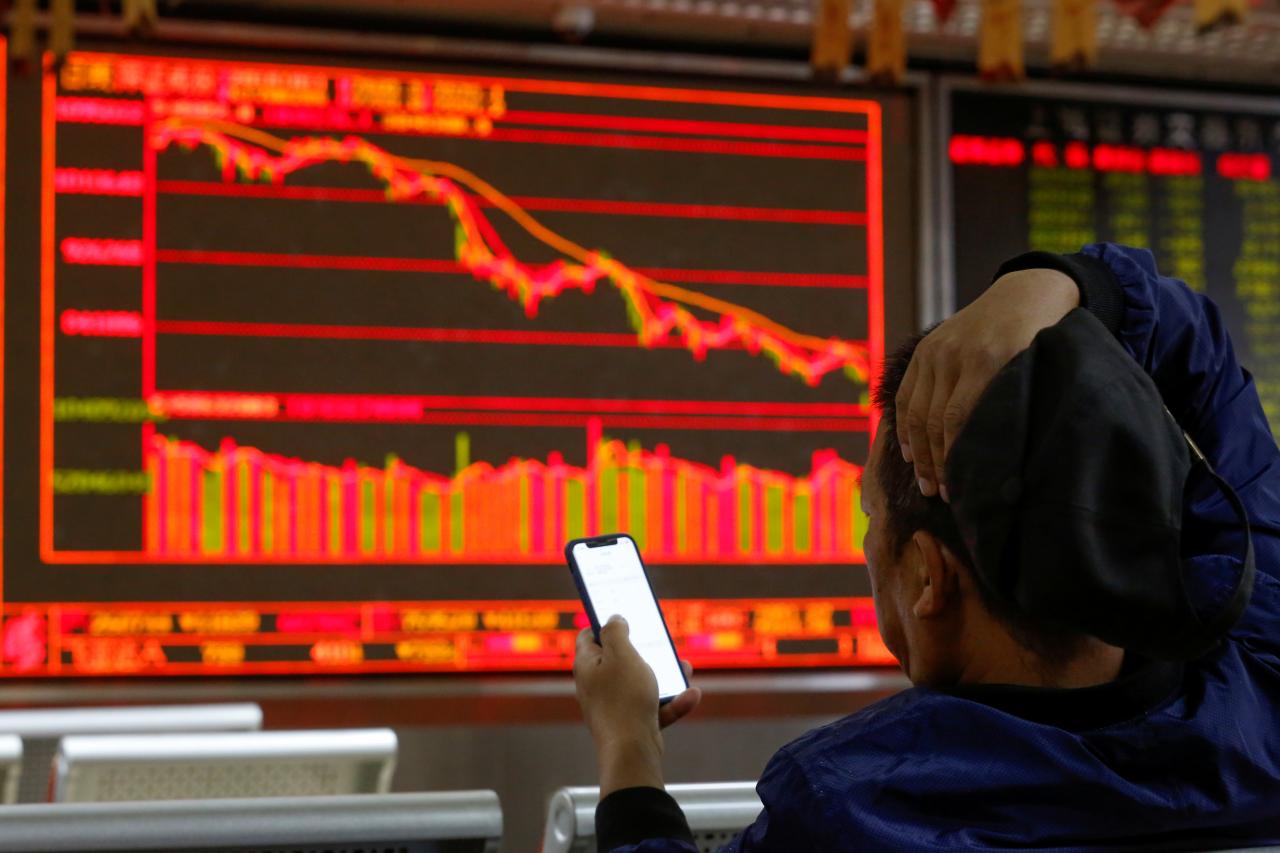 TOKYO (Reuters) - Asian stocks fell on Wednesday, weighed by a renewed bout of selling on Wall Street, and crude oil struggled after a sharp slide as economic growth concerns gripped global markets.
The dollar stood tall, rallying from a two-week low, as the currency found safe-haven demand from heightened risk aversion. MSCI’s broadest index of Asia-Pacific shares outside Japan .MIAPJ0000PUS fell 0.55 percent. Australian stocks lost 1 percent and Japan's Nikkei .N225 fell 1.3 percent. US stocks sold off for a second day on Tuesday as energy shares dropped with oil prices, while retailers including Target and Kohl’s sank after weak earnings and forecasts, fuelling worries about economic growth. [.N] The Nasdaq .IXIC closed at its lowest in more than seven months on Tuesday while the S&P 500 .SPX and Dow .DJI ended at their weakest since late October. “It is difficult to pinpoint a single factor driving the global risk aversion. Apple and trade tensions seem to be touted as factors every other day, but it is difficult to blame them for all the woes,” said Soichiro Monji, senior economist at Daiwa SB Investments. “The markets appear to be starting to prepare for a loss of momentum in the global economy, although it is doing quite well at the moment.” The dollar index against a basket of six major currencies .DXY was at 96.800 after rallying 0.7 percent overnight, when it pulled away from a two-week trough of 96.042. Earlier in the week, cautious comments overnight by Federal Reserve officials about the global economic outlook knocked the dollar to two-week troughs as they suggested the central bank could slow the pace of raising interest rates or end the tightening cycle. The euro was little changed at $1.1370 EUR= after sinking 0.75 percent the previous day. The dollar was a shade lower at 112.765 yen JPY= after edging up 0.2 percent on Tuesday. The Australian dollar, sensitive to shifts in risk sentiment, traded flat at $0.7215 AUD=D4 following a 1 percent slide the previous day. Commodity currencies such as the Canadian dollar also struggled in the wake of tumbling crude prices. The Canadian dollar struggled near a five-month low of C$1.3318 per dollar CAD=D4 plumbed on Tuesday, when it shed more than 1 percent. Oil prices tanked on Tuesday, with U.S. crude diving to its lowest level in more than a year, caught in a broader Wall Street selloff fed by mounting concerns about a slowdown in global economic growth. U.S. crude futures CLc1 crawled up a cent to $53.44 per barrel after retreating roughly 6 percent to $52.77 on Tuesday, lowest since late October 2017.