Asia stocks edge down after rally, focus back on fundamentals 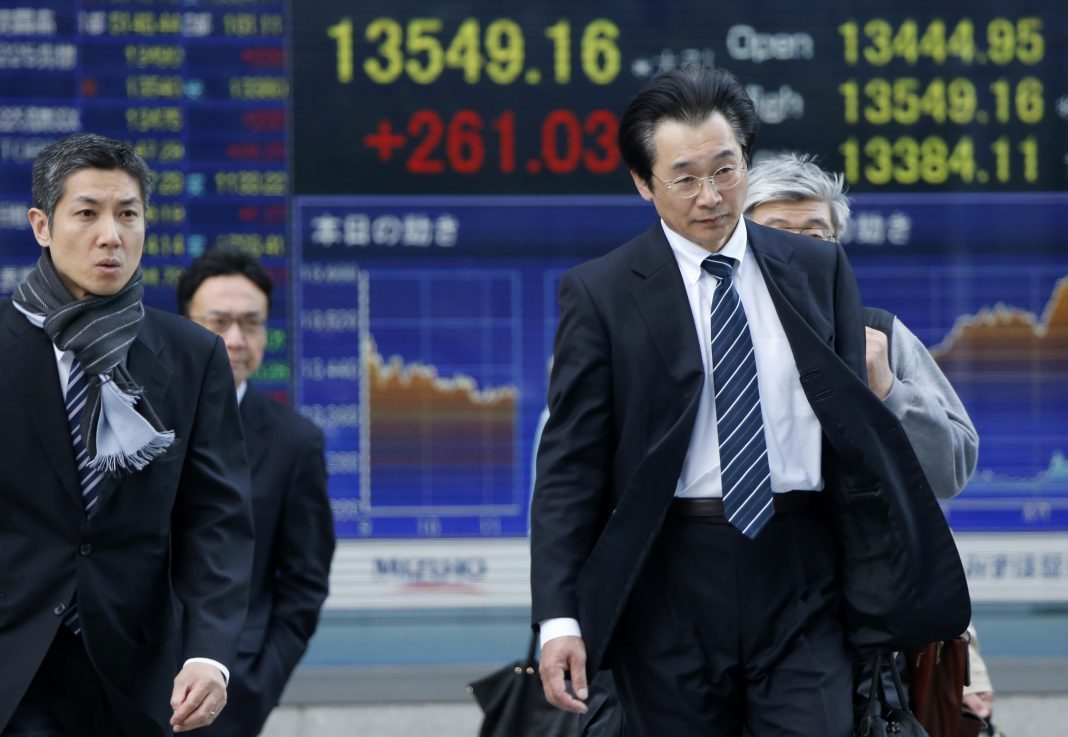 Asia stocks edge down after rally, focus back on fundamentals

TOKYO (Reuters) - Asian stocks pulled back on Tuesday as investors paused for breath after the previous day’s rally, although tech-inspired Wall Street gains supported broader sentiment as focus shifted to bullish economic fundamentals, away from trade concerns. MSCI’s broadest index of Asia-Pacific shares outside Japan .MIAPJ0000PUS dipped 0.1 percent after surging 1.4 percent the previous day. Japan's Nikkei gained 0.2 percent and South Korea's KOSPI  lost 0.15 percent. Hong Kong's Hang Seng shed 0.2 percent and the Shanghai Composite Index was little changed. Wall Street’s three major indexes rose overnight, led by a rally in tech stocks, pushing the Nasdaq to a record closing high. Friday’s better-than-expected May US employment report has helped revive investor optimism about the world’s biggest economy, shifting the focus away from recent trade tensions. “Strong US data put fundamentals back in the spotlight, just as Italian political concerns were ebbing,” said Masahiro Ichikawa, senior strategist at Sumitomo Mitsui Asset Management in Tokyo. Italy’s anti-establishment parties formed a coalition government on Friday to end three months of deadlock and averting potentially destabilising snap elections. “The next focal point is the upcoming FOMC (Federal Open Market Committee) meeting and whether the Fed shows any indication of accelerating the pace of its rate hikes following the strong employment report,” said Ichikawa. The Federal Reserve is scheduled to hold a two-day policy meeting starting on June 12. With risk aversion ebbing in the broader markets, safe-haven government bonds were sold and their yields rose. The 10-year US Treasury note yield US10YT=RR stood near an 11-day high of 2.946 percent brushed overnight. The yield had declined to a 1-1/2-month low of 2.759 percent a week ago when Italian political concerns had soured investor sentiment. The rebound in US yields lifted the dollar to a near two-week high of 109.990 yen and also helped slow the euro's gains against the greenback. The euro was flat at $1.1695 , nudged off the 12-day peak of $1.1754 touched on Monday on the ebb in concerns towards Italy. “It is premature to declare that euro area uncertainties are over. Questions remain around how the new Italian government will agree to prioritise its spending objectives, how Rome will interact with Europe and how the US-European Union trade dispute will evolve,” wrote Brian Martin, head of global economics at ANZ. The dollar index against a basket of six major currencies was little changed at 94.052 .DXY after edging down 0.2 percent overnight. The Australian dollar stood near a six-week high of $0.7666 reached overnight on upbeat domestic data. In commodities, oil prices edged higher after falling nearly 2 percent in the previous session, but growing US production and expectations of higher OPEC supplies limited the bounce. Brent crude futures LCOc1 added 0.4 percent to $75.59 a barrel after losing 2 percent . US crude futures CLc1 were up 0.55 percent at $65.11 a barrel. It finished the previous session down 1.6 percent. Safe haven spot gold was little changed at $1,292.48 an ounce XAU= after posting three days of losses.