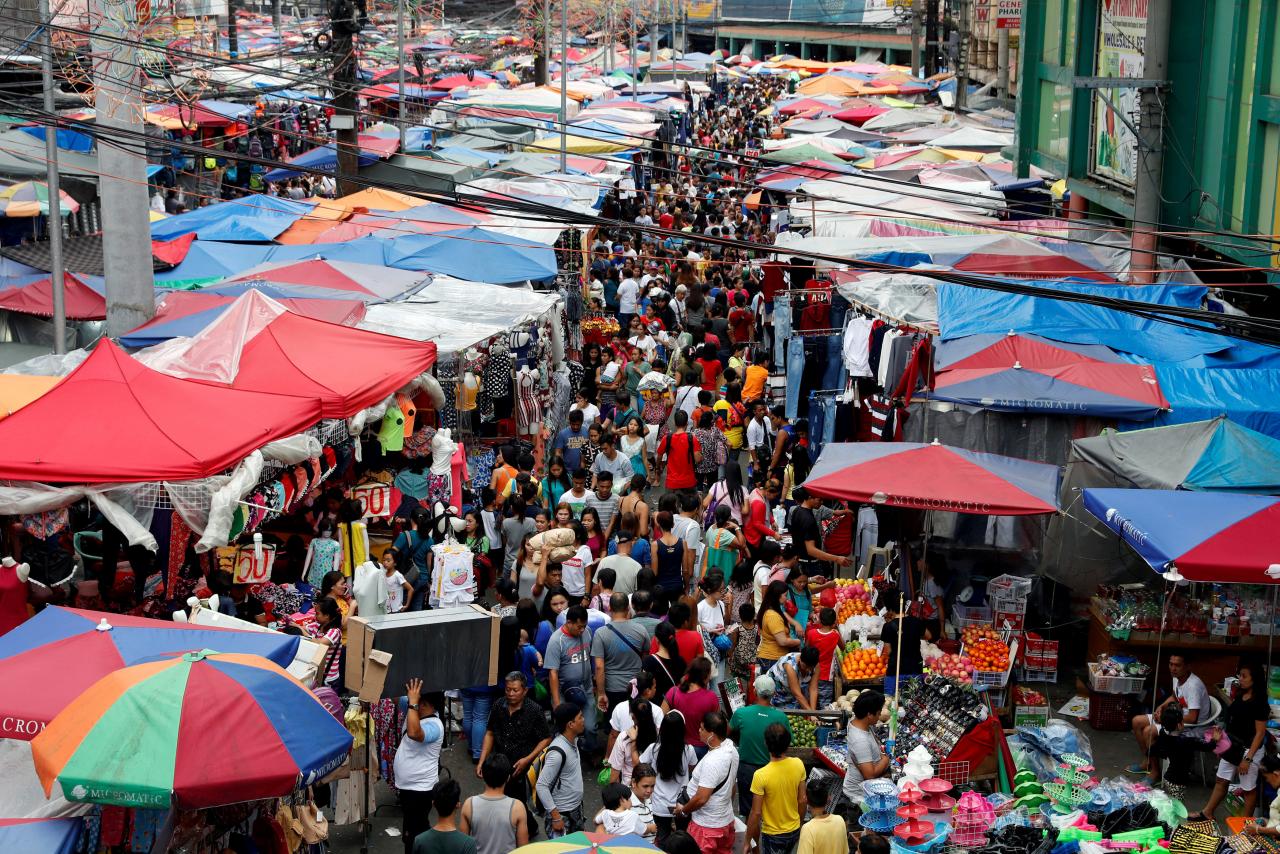 SYDNEY (Reuters) - Business confidence among Asian companies rose in the first quarter to the highest level in seven years, a Thomson Reuters survey showed, as a fresh surge by the Chinese economy offset concerns about rising trade barriers.

Asian Business Sentiment Index .TRIABS RACSI, representing the six-month outlook of 67 firms, advanced one notch to 79 for the January-March quarter compared with three months before.

A reading above 50 indicates a positive outlook.

“The improvement is not dramatic but with a historical perspective this is a good reading,” said Antonio Fatas, a Singapore-based economics professor at global business school INSEAD.

Thailand, the Philippines and Malaysia saw robust jumps in sentiment, showing that many countries in Asia continue to benefit from accelerating global growth. In particular, China has seen exports soar, up 45 percent in February to mark their fastest growth in three years.

“China ... has escaped the fear of a crisis that started back in 2016 and that’s why you see strong confidence. Imbalances persist but there is no real threat of a crisis over the short term,” said Fatas.

The subindex for Thailand surged to 100 from 85 and the Philippines saw a climb to 83 from 70 while sentiment in Malaysia improved five notches to 75.

“The tourism and export sector expansion will help drive growth (in Thailand) this year,” said Rattham Somboonchareon, a planning manager at survey respondent Thai Airways , adding that government spending was also a key driver of growth.

Australia’s subindex dropped to 80 from 92, although the figure is relatively high when compared with its historical average of 69.

While the International Monetary Fund and the World Bank have raised their global growth forecasts for this year due to strong trade, consumer spending, and investment in many major economies, intensifying rhetoric in favor of protectionism has become a major concern.

US President Donald Trump has announced import tariffs on steel and aluminum, and is expected to consider additional tariffs targeted specifically at China. He has also repeatedly said the US free-trade deal with South Korea is “unfair” and has threatened to scrap it altogether on multiple occasions.

That has battered sentiment in South Korea, with the country’s subindex plunging to 50 from 83.

“There is a sense among Korean businesses that Trump will continue to be aggressive against their country,” said Fatas.

Singapore’s subindex declined to 75 from 79. The country’s exports took a surprise dip in February as tech product shipments continued to retreat from the hot pace of recent months.

Japan, where consumer spending numbers have been subdued, recorded its lowest reading in a year, at 67 compared to the fourth-quarter’s 70. India also experienced a decline in sentiment, falling to 72 from 79.

The index for sentiment in China increased to 88 from 83, but the number of respondents was low at four companies.

Increasing trade friction and higher interest rates were cited as the biggest concerns in the Thomson Reuters  survey.

By industry, the technology, construction, energy and metals sectors expressed concern about trade friction, showed the survey, which was conducted March 2-16.

Sectors which identified rising interest rates as a risk included the energy, real estate, retail and technology sectors. The energy sector also showed concern about the potential for a sudden asset price correction.

The auto sector matched its highest subindex reading posted seven years ago, while the retail and leisure sector recorded its best ever reading. Healthcare had its highest score in two years.