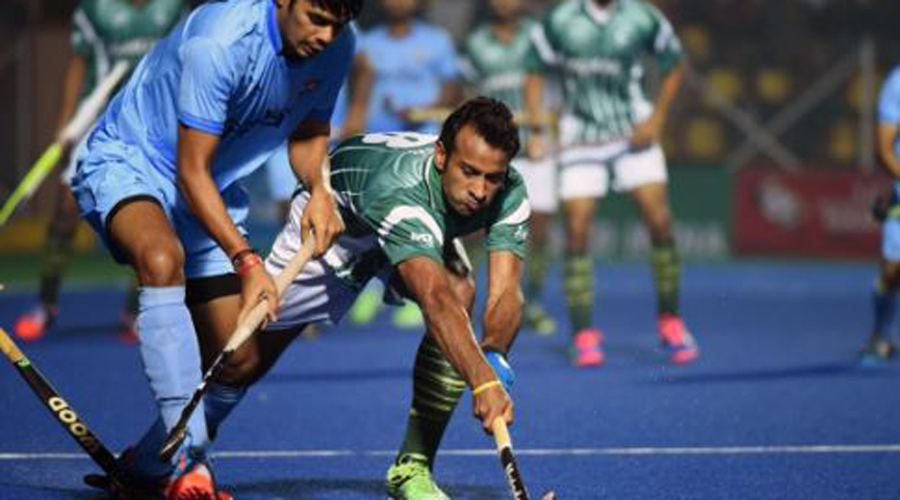 KUANTAN (92 News) – India beaten Pakistan by 3-2 in the match in Fourth Asian Hockey Championship here on today (Sunday) in the Malaysian city of Kuantan. India exhibited their composed defense when under pressure from early Pakistan raids and worked hard to gain control of the showpiece encounter of the tournament at the Kuantan Hockey Stadium. Young striker Pradeep Mor scored his maiden goal in 13 international appearances to give India the lead in the 11th minute, but Pakistan then took charge through strikes from Muhammad Rizwan Sr. in the 31st minute and Muhammad Irfan Jr. in the 39th. Rupinder Pal Singh converted India's only penalty corner in the 43rd minute and Ramandeep Singh came into goal-scoring action the following minute by deflecting in a diagonal cross from Talwinder Singh. This victory gives India seven points from three outings. India had outplayed Japan 10-2 in their first outing, but were held to a 1-1 draw by South Korea yesterday. Both teams have some incredible players in their ranks, but when it comes to India-Pakistan matches, there is that additional element of pressure, which stars from both camps need to cope. It is at this juncture, where India might have a great advantage, with their players having more experience under their belt as compared to arch-rivals, who have a number of youngsters.