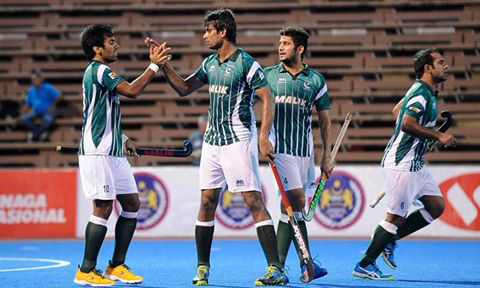 KUANTAN (92 News)- Pakistan Hockey team beat Japan 4:3 after a nail-biting encounter in the 10th match of Fourth Asian Hockey Championship in Malaysian city of Kuantan on Tuesday. After being defeated by India and Malaysia, Pakistan were in a critical situation in their fourth match against Japan. It was a do or die game for the team, and the Green Shirts held their nerves on crunch moment to win the game in last moments Match was briefly stopped due to rain and had resumed