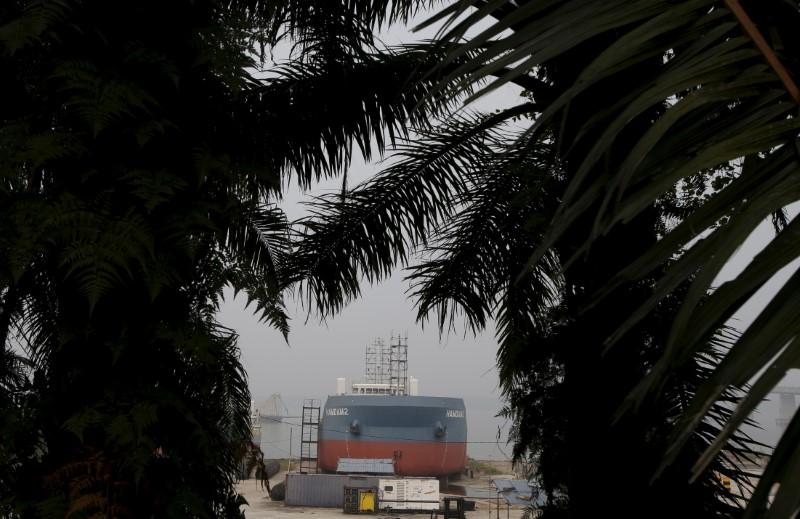 KUALA LUMPUR (Reuters) - Asia’s oil and gas producers are starting to revive projects aimed at deflating years of ballooning energy imports after new investment dried up following the 2014 industry crisis. Spending has so far been driven mainly by state oil companies such as India’s ONGC, Thailand’s PTTEP and PetroVietnam, which need to produce more oil and gas to ensure their countries’ energy security, executives said this week during an industry event in Kuala Lumpur, Malaysia. Asia is by far the biggest, fastest-growing consumer of oil, yet its output is falling faster than in any other region. That mismatch more than doubled Asia’s oil import bill to around $500 billion (354.1 billion pounds) last year, compared with year 2000 levels. With oil prices back above $60 per barrel and at times flirting with $70 a barrel, oilfield service providers say there is renewed appetite for producers to spend and importers to cut import bills by investing in production. “Asia is a net importer of energy. I think there’s a strong desire from Southeast Asian organizations to change that trend. We’ll see a lot more potential developments here to try to balance that equation,” said Ian Prescott, vice president for Asia with US engineering company McDermott. Fifty oil and gas fields in Southeast Asia, with a collective 4 billion barrels of oil equivalent in resources, will likely be approved for development between 2018 and 2020, according to consultancy Rystad Energy, requiring some $28 billion of capital expenditure from final investment decision (FID) to first production. SPENDING REVIVAL In one sign of revival, Abu Dhabi-owned Mubadala Petroleum, Malaysia’s state-owned Petronas and Anglo-Dutch oil major Royal Dutch Shell agreed to spend $1 billion on a shallow-water gas project in Malaysia this week. In India, changes to gas pricing policies revived activities in its eastern deepwater fields, led by ONGC and a joint venture between Reliance Industries and BP. “India has waited too long to enter deepwater. Deepwater development makes more sense for the country (India) than importing LNG at $8 per million British thermal units,” Ashish Bhandari, a vice president at GE-owned oil service company Baker Hughes, said at the OTC Asia conference. In Southeast Asia, PetroVietnam is developing a large gas field known as Block B, while Thailand’s PTTEP is on the hunt for more gas supplies in the region to meet demand in Thailand and Myanmar. Despite the uptick in activity, exploration for new oil and gas remains lower in Asia than elsewhere, especially onshore North America and in the Atlantic basin. Kevin Robinson, vice president of Malaysia’s oil and gas service company Sapura Energy, said the main factors deterring investment in Asia were tough fiscal regimes, cumbersome bureaucracies, and maturing fields with limited future reserves. “It’s a reality check for governments in Asia to look at how much investment they are getting, and how they need to improve their fiscal terms to attract more investment,” Robinson said. ONGC’s director of offshore, Rajesh Kakkar, said the “easy oil is gone ... what is left is deepwater, high pressure, and high temperature”, making extraction more costly. But given competition from cheap producers in the Middle East and soaring output from shale drillers in the United States C-OUT-T-EIA, Petronas’ Chief Executive Officer Wan Zulkiflee Wan Ariffin said there was pressure to keep costs low. “While oil prices are showing signs of recovery, the sustainability of these prices remains to be seen ... If we don’t keep these escalating costs in check, the industry runs the risk of negating the value we have gained from intensive cost efficiency efforts over the last 3 years.”