Asian shares, dollar have a lacklustre start to the week 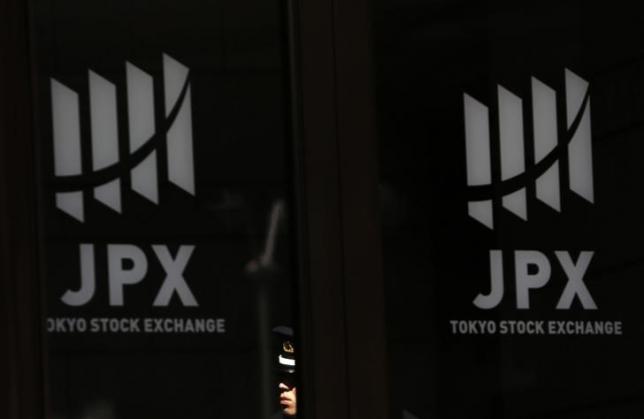 Asian shares, dollar have a lacklustre start to the week

TOKYO – Asian shares got off to a shaky start on Monday as recent rallies offered traders a profit-taking opportunity, while the dollar edged away from recent peaks in early trading. MSCI's broadest index of Asia-Pacific shares outside Japan was down about 0.1 percent after touching its highest levels since September in the previous week. Japan's Nikkei stock average was nearly flat in early trade, after rising above the 20,000 on Friday for the first time in 15 years. Wall Street marked solid gains for both the day and the week on Friday, while the pan-European FTSEurofirst 300 share index reached a 15-year high and Germany's DAX rose to a record. A renewed drop in the euro powered the European gains, with the single currency slumping to a 3-1/2 week low on Friday. On Monday, it edged up slightly on the day to $1.0609. Against its Japanese counterpart, the dollar lost 0.2 percent to 120.11 yen, though divergent monetary policy expectations were expected to bolster the greenback in the long term. "The U.S. Federal Reserve is in fact the only G10 central bank expected to raise interest rates in the coming 12 months, and as long as this remains the case we expect the U.S. currency to hold its gains against lower-yielding counterparts," David Song, currency analyst at DailyFX said in a note. Crude oil prices edged down after logging weekly gains as an agreement on Iran's nuclear programme seemed more elusive, lessening the chances of a rapid return of Iranian oil to the market. Brent was down about 0.1 percent at $57.84 a barrel, after adding 5.3 percent for the week. U.S. crude edged down about 0.2 percent to $51.54 after an increase of 5.0 percent last week, its fourth consecutive weekly rise. World powers and Iran announced the interim accord last week, but on Thursday, Iranian leaders said all sanctions on the country must be lifted on the same day as any final agreement. Spot gold was nearly flat on the day at $1,207.81 an ounce, after snapping a three-week winning streak on a stronger dollar. Later on Monday, China will release trade figures for March. They might offer some clues ahead of its spate of data on Wednesday, which include first quarter economic output, and monthly factory activity, retail sales and investment reports. –Reuters