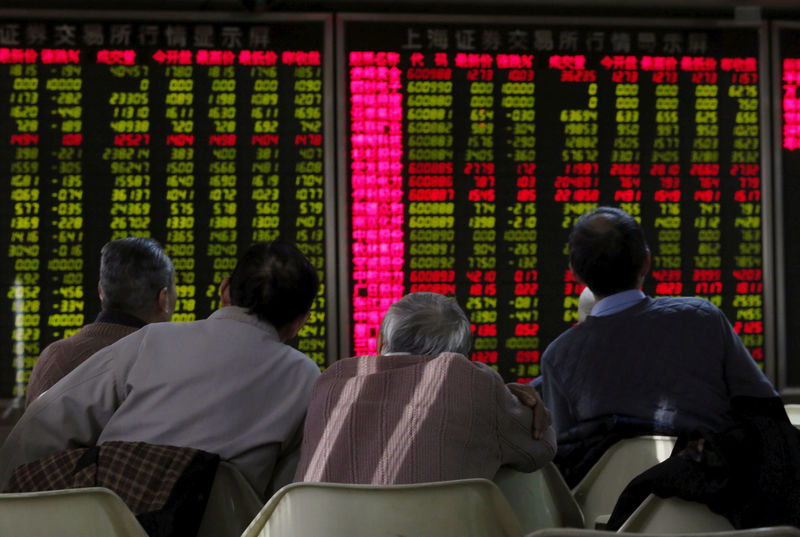 TOKYO (Reuters) - Asian stocks were little changed on Thursday, with sentiment fragile after the latest escalation in Sino-US trade war while global bond markets were rattled by Washington’s increased borrowing and Japan’s new tolerance for higher yields. MSCI's broadest index of Asia-Pacific shares outside Japan .MIAPJ0000PUS was off less than 0.1 percent in early trade while Japan's Nikkei was flat. On Wednesday, the US administration increased pressure on China for trade concessions by proposing a higher 25 percent tariff on $200 billion worth of Chinese imports. “The trade issues will continue to weigh on markets. On the whole, Japanese corporate earnings have not been bad but many companies remain cautious as they need to see the impact of trade frictions,” said Masahiro Ichikawa, senior strategist at Sumitomo Mitsui Asset Management. MSCI’s gauge of stocks across the globe .MIWD00000PUS is down 0.33 percent so far this week, reversing the gains in the previous four weeks, with Chinese shares .MICN00000PUS taking the brunt. On Wall Street, the S&P 500 lost 0.10 percent on Wednesday but the Nasdaq Composite  added 0.46 percent, extending its recovery from Monday's three-week low. While industrial shares .SPLRCI fell 1.3 percent on trade worries, technology shares .SPLRCT were boosted by strong earnings from Apple . The world’s largest company by market capitalisation rose 5.9 percent, boosting its value close to $1 trillion. The Federal Reserve kept interest rates unchanged on Wednesday, as expected, characterising the US economy as strong and staying on track to increase borrowing costs in September and likely again in December. While that surprised nobody, US bond yields rose, with the benchmark 10-year yields breaking above three percent to 2 1/2-month highs, after the US Treasury said it will boost borrowing in the bond market in the coming quarter. Global bond markets were rattled also by sharp rises in Japanese bond yields since the Bank of Japan loosened its grip on long-term yields on Tuesday. The 10-year Japanese government bond yields rose to 1 1/2-year high of 0.145 percent JP10YTN=JBTC on Thursday. Worries that higher Japanese yields may prompt Japanese investors to repatriate funds hit European bonds, boosting German DE10YT=TWEB and French FR10YT=TWEB yields to seven-week highs on Wednesday. In the foreign exchange market, major currencies were little moved. The euro changed hands at $1.1661 while the yen stood at 111.67 yen to the dollar . Oil prices bounced back a tad after having fallen to two-week lows on Wednesday on a surprise increase in US crude stockpiles. Brent crude futures LCOc1 rose 0.2 percent to $72.56 per barrel after 2.5 percent fall the previous day. US West Texas Intermediate (WTI) crude futures CLc1 edged up 0.3 percent to $67.86 a barrel after Wednesday’s 1.6 percent fall.