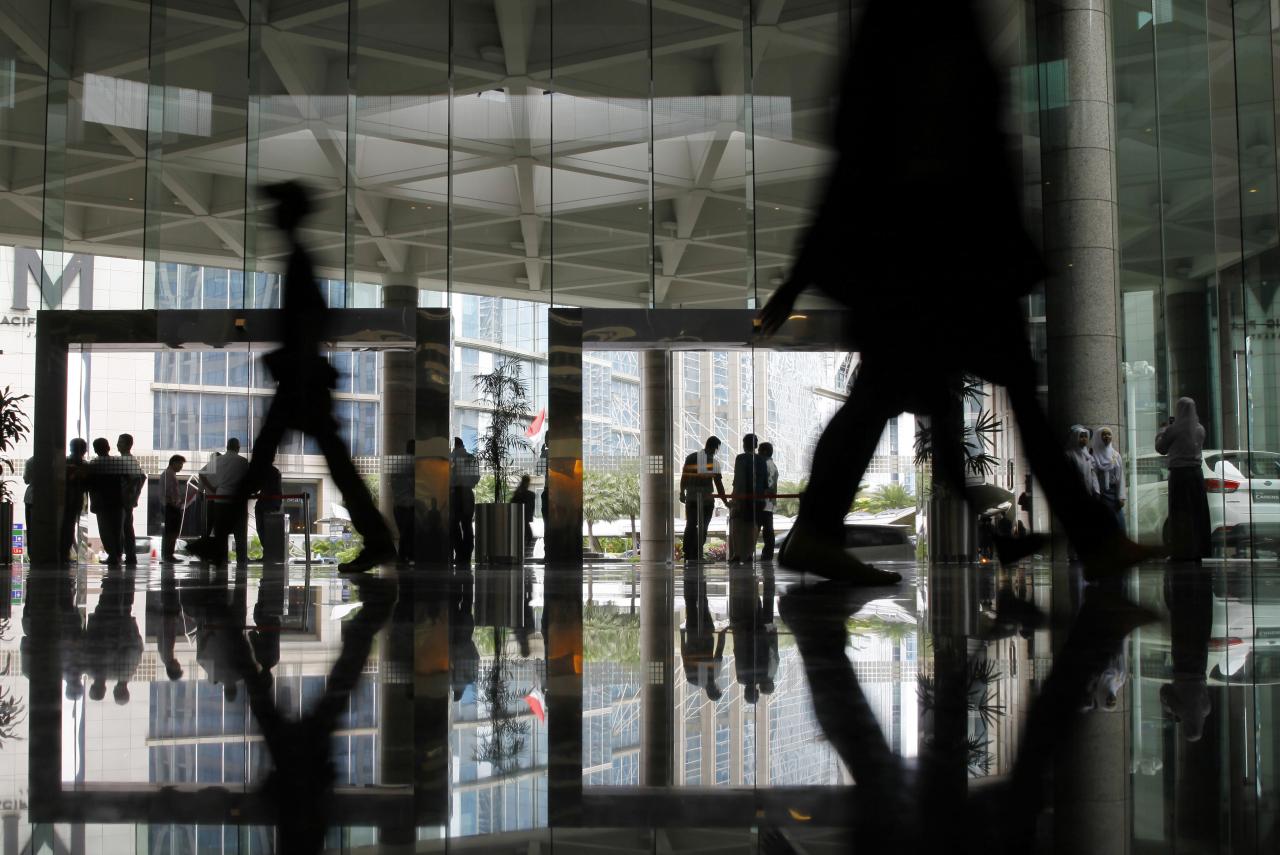 SHANGHAI (Reuters) - Asian shares jumped on Friday after a phone call between the US and Chinese presidents raised hopes of a thaw in trade tensions, but gains were checked by signs of slowing global growth and a warning from tech giant Apple Inc on holiday sales. MSCI’s broadest index of Asia-Pacific shares outside Japan touched a two-and-a-half-week high and was last up 1.4 percent, adding to the previous session’s strong gains. But that came after a sharp 10.3 percent dive in October, its worst month since August 2015. Chinese blue-chips gained 1.7 percent, and China’s start-up board added 3 percent after President Xi Jinping promised more support for private firms. Japan’s Nikkei stock index was 1.2 percent higher. The cheerier mood in Asian trade followed a rise in U.S. shares overnight, with the Dow Jones Industrial Average and the S&P 500 each gaining 1.06 percent while the Nasdaq Composite rallied 1.75 percent. A combination of bargain-hunting following steep losses in equities last month and some strong corporate earnings have helped power Wall Street’s bounce. After the bell, though, shares of Apple tumbled about 7.0 percent after it said sales for the crucial holiday quarter could miss Wall Street expectations due to weakness in emerging markets and foreign exchange costs. Apple suppliers in Asia largely shrugged off the news as investors hoped some progress was being made on trade. Hon Hai Precision Industry Co gained 1.5 percent, and Taiwan Semiconductor Manufacturing Co added 0.2 percent. Tech rival Samsung Electronics Co Ltd also rallied, rising 2 percent. Global investors lapped up news that the leaders of the world’s two largest economies may be ready to take concrete steps to resolve their bitter trade dispute - one of the major factors behind the recent equity market rout. U.S. President Donald Trump said trade discussions with China were “moving along nicely” and his Chinese counterpart Xi Jinping expressed hopes of expanding trade cooperation. Trump said he planned to meet with Xi at an upcoming G-20 summit. Earlier this week, Trump had been quoted as saying China was not ready to make a deal yet and he would impose more tariffs on Chinese goods unless he and Xi had productive talks. “While we are still cautious over a full resolution of recent tensions in the medium term, resumption of dialogue between Washington and Beijing would be good enough to investors for now. Hence the next four weeks between the US mid-term elections and the G20 meeting in Argentina on Nov 30 will be important to see how things progress,” said Tai Hui, chief market strategist, Asia Pacific, at J.P. Morgan Asset Management. “Combined with the prospects of more economic stimulus from China and reasonable valuations in Asian equities, investors could use this opportunity to reload on emerging market and Asia assets,” he said. All the same, a U.S. Justice Department indictment said companies based in mainland China and Taiwan had conspired to steal trade secrets for a U.S. semiconductor firm, underscoring Sino-U.S. trade tensions.

IN THE (DATA) DUMPS

Investors will be looking ahead to a US jobs report, due at 1230 GMT, for more indications on the health of the US economy and the clues on the pace of further interest rate rises. US nonfarm payroll figures are expected to rise 190,000 in October from 134,000 a month earlier, with average hourly earnings seen increasing 0.2 percent in October after a 0.3 percent gain the previous month. Those numbers follow data this week revealing slower factory growth around the world, adding to worries about the outlook for corporate earnings, business investment and trade. Data from the U.S. showed cooling manufacturing activity in October as a measure of new orders hit a 1-1/2 year low. That came after manufacturing surveys showed factory activity and export orders weakening across Asia as the impact of the trade war deepened. In currency markets, the dollar index, which tracks the greenback against six major rivals, was up 0.1 percent at 96.367 after a sharp drop on Thursday. The dollar had fallen across the board as the pound rallied on reports that London is close to sealing a financial services deal with Brussels, and after the Bank of England hinted at slightly rate rises in future. “A corrective setup is in place for the USD, with overbought valuations and a series of reversals across various currency pairs arguing for a short-term pullback,” RBC Capital Markets analysts said in a note. The pound fell 0.16 percent to $1.2988. The weaker dollar also boosted the offshore yuan after it touched 6.9800 per dollar on Thursday, its weakest level since January 2017. By 0306 GMT Friday the currency was changing hands at 6.9300. The onshore yuan was 0.14 percent weaker at 6.9295. The dollar inched up against the yen to 112.72, and the euro was down 0.11 percent on the day at $1.1394. U.S. crude dipped 0.6 percent to $63.31 a barrel. Brent crude was 0.5 percent lower at $72.51. Spot gold eased 0.08 percent to $1,232.81 per ounce.