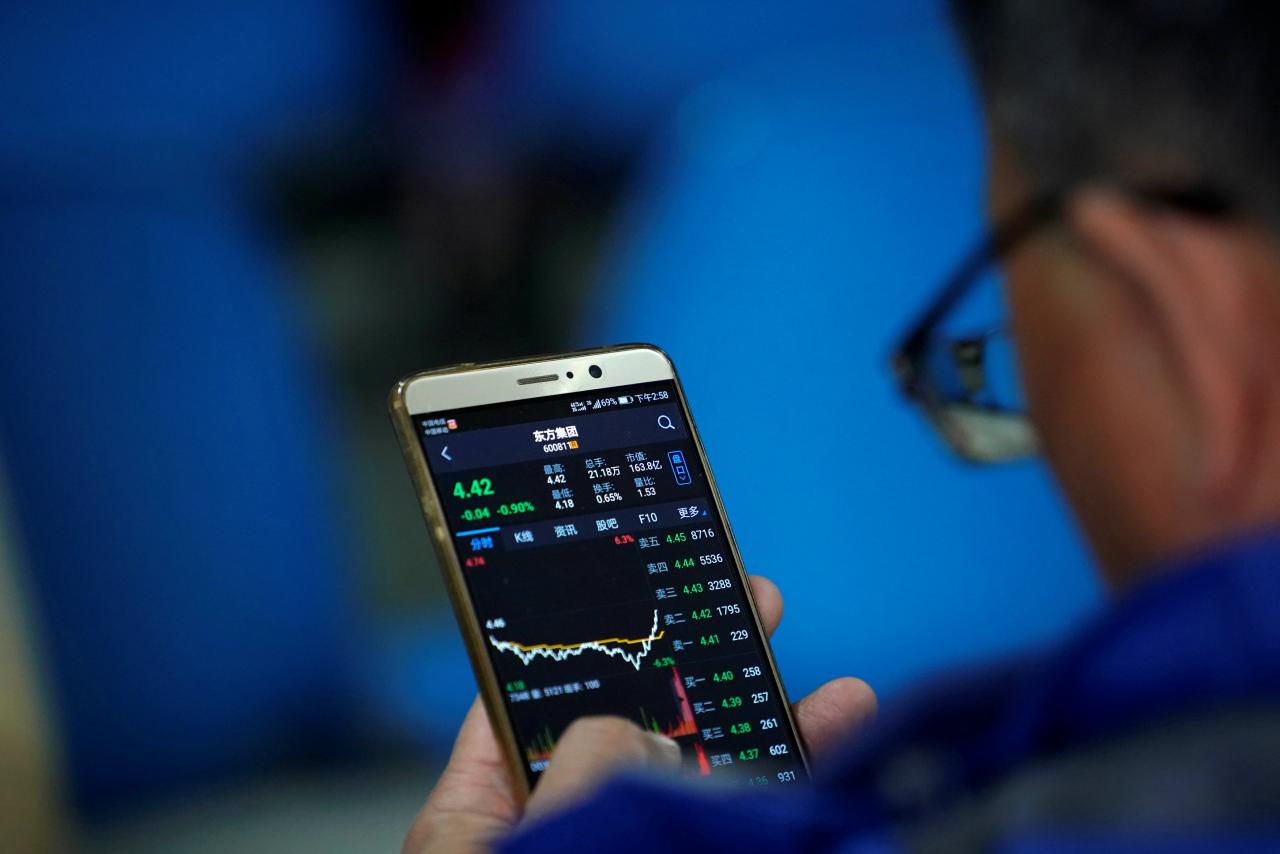 TOKYO (Reuters) - Asian stocks slid on Friday as reports of more chaos in the Trump administration tested investors’ nerves, already frayed by fears that US tariffs could hurt the global economy and trigger a trade war. MSCI's broadest index of Asia-Pacific shares outside Japan slipped 0.2 percent in early trade. Japan's Nikkei was down 0.3 percent. On Wall Street, the S&P 500 edged 0.08 percent lower on Thursday, marking its first four-day losing streak of 2018. It hit a session low soon after the New York Times reported that US Special Counsel Robert Mueller had issued a subpoena for documents related to US President Donald Trump’s businesses. The Washington Post, meanwhile, reported that President Donald Trump has decided to remove H.R. McMaster as his national security advisor. The news came just days after following the recent departure of two key officials, former Secretary of State Rex Tillerson and top economic advisor Gary Cohn, from the Trump administration. Together with the report earlier this week that Trump is seeking to impose tariffs on up to $60 billion of Chinese imports, they cemented investor concerns that the administration is increasingly leaning towards protectionism. “Trade frictions look set to grow. The next week could see more details of Trump’s tariff plans on China, and there will likely be sectors that fall to victim,” said Norihiro Fujito, senior investment strategist at Mitsubishi UFJ Morgan Stanley. Already shares of steelmakers have been battered since Trump announced tariffs on steel and aluminium exports. Fears that the tariffs could disrupt synchronised global growth dwarfed recent strong economic data, including a fall in US jobless claims. “It seems as if for Trump, only ‘America First’ policies are left to boost his popularity and to get re-elected,” said Hiroko Iwaki, senior strategist at Mizuho Securities. “It is hard to expect political uncertainties to disappear soon. That will underpin bonds,” she added. US Treasuries yield stood little changed at 2.822 percent in Asia after having hit a near two-week low of 2.797 percent on Thursday. In contrast, short-term bond yields rose as investors braced for a widely expected rate hike by the Federal Reserve next week, with the two-year yield hitting a 9 1/2-year high of 2.295 percent. In Europe, the German Bund yield hit a six-week low of 0.566 percent. Political uncertainties are mounting in Japan, where Prime Minister Shinzo Abe is under pressure for suspicions of a cover-up in a controversial land sale. In the currency market, rising risk aversion pushed the dollar lower against the safe haven yen to 105.94 yen JPY= down 0.4 percent. The euro was little changed at $1.2303, having slipped 0.5 percent the previous day. Subdued risk sentiment kept the dollar supported against riskier currencies, such as commodity-linked currencies and emerging market currencies. The Canadian dollar, which has been hit also by worries Trump may pull out from NAFTA, hit a nine-month low of C$1.3072 to the dollar. Oil prices were little changed after ending choppy Thursday trade higher as the International Energy Agency said global oil demand is expected to pick up this year, but warned supply is growing at a faster pace. Brent futures stood flat at $65.11 per barrel.