Asian shares tread cautiously ahead of US payrolls 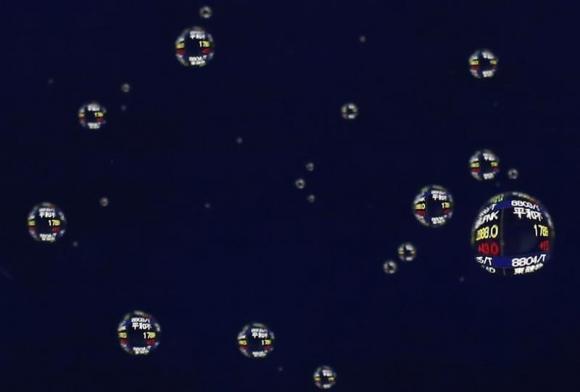 Asian shares tread cautiously ahead of US payrolls

(Reuters) - Asian shares edged higher on Friday and oil prices continued to rebound but investors remained wary ahead of the US nonfarm payrolls report for January later in the session. MSCI's broadest index of Asia-Pacific shares outside Japan was up about 0.1 percent, on track for a weekly gain of more than 1 percent. Japan's Nikkei stock average was up 0.7 percent, poised for a small weekly loss after shedding 1 percent on Thursday. Economists polled by Reuters expected US employers to have taken on 234,000 workers in January, below December's increase of 252,000. The jobless rate was expected to remain at a 6-1/2-year low of 5.6 percent, while average hourly earnings were forecast to show a rise of 0.3 percent following the previous month's fall of 0.2 percent. "The main focus for the market is whether earnings bounce back as expected, after last month's surprise drop," said Ayako Sera, market strategist at Sumitomo Mitsui Trust Bank in Tokyo. "Another market focus now is Greece, which is a situation that will take time to develop. It might be difficult for stocks to rise too much in the meantime," she added. Greek Prime Minister Alexis Tsipras pledged on Thursday to "put an end once and for all" to the European Union's austerity policies and to bargain hard for a new deal for Greece, after the European Central Bank decided to stop accepting Greek bonds as collateral to raise cash. The ECB's decision heightened fears about Greece's financial system and the possibility that the country might leave the euro zone. But Wall Street managed to put worries about Greece on the back burner on Thursday. Major indexes all ended with gains of 1 percent or more, while a rise in US Treasury yields underpinned the US dollar. In Asian trade, the benchmark 10-year yield rose to 1.817 percent from its US close of 1.815 percent. Mixed US data on Thursday on jobless claims, productivity and the trade balance gave investors few clues on the overall growth outlook and the timing of the US Federal Reserve's move to raise interest rates, which some believe could be as early as this summer. "If payrolls rise less than 200,000, we could see a stronger rally in EUR/USD and a steeper decline in USD/JPY because a weak report would lead investors to think that the Federal Reserve will be more patient with raising interest rates," said Kathy Lien, managing director at BK Asset Management in New York. "A stronger report, however, would be extremely positive for the greenback by hardening expectations for a 2015 rate increase," she added. The dollar edged down about 0.2 percent against the yen to 117.28. The euro inched down 0.1 percent against the dollar on the day to $1.1468, after sharp rises overnight on speculation the Swiss central bank was buying euros to weaken the franc. The Swiss government warned on Thursday that a soaring franc meant economic growth would be weaker than expected. Brent crude futures rose about 0.7 percent to $56.98 a barrel, while US crude added about 1.3 percent to $51.14 a barrel after surging more than 4 percent in the previous session. Escalating conflict in Libya and optimism about oil demand after China's central bank easing helped the market rebound. The People's Bank of China cut banks' reserve requirement ratios by 50 basis points on Wednesday, freeing up an estimated 600 billion yuan ($96 billion) into the money supply.