In a tweet on Saturday, he said that all the work in Lahore went according to plan. “The fight between the two families is also a message for the Sharif family. People hate politics where there is a market for buying and selling members.Now Supreme Court of Pakistan is the last hope.” 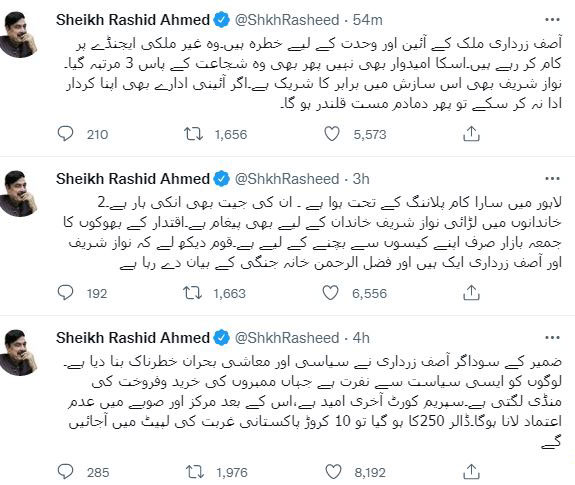 He also warned that 10 crore Pakistanis will be pushed in poverty if dollar reaches Rs250.