They discussed political situation and matters of mutual interest.

The former president inquired after the health of Chaudhary Shujaat and expressed the best wishes for him. 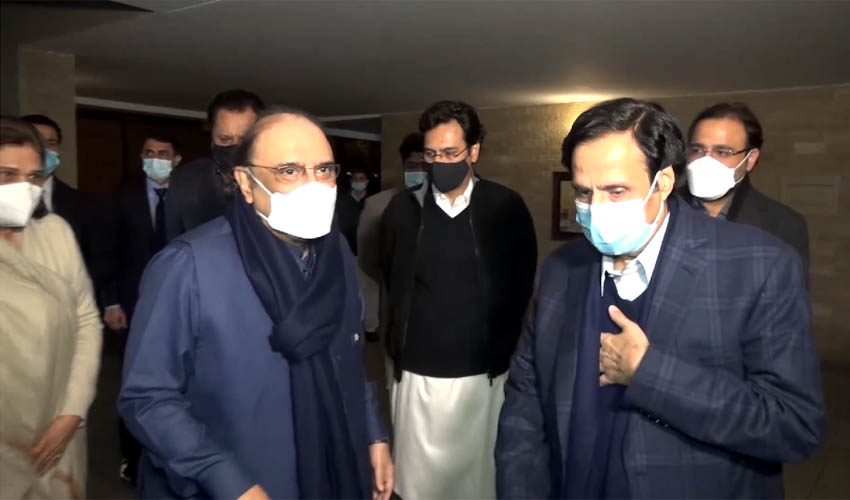 On his arrival at Chaudhary house, Asif Zardari was received by Chaudhary Pervaiz Elahi, Moonis Elahi and Tariq Bashir Cheema.