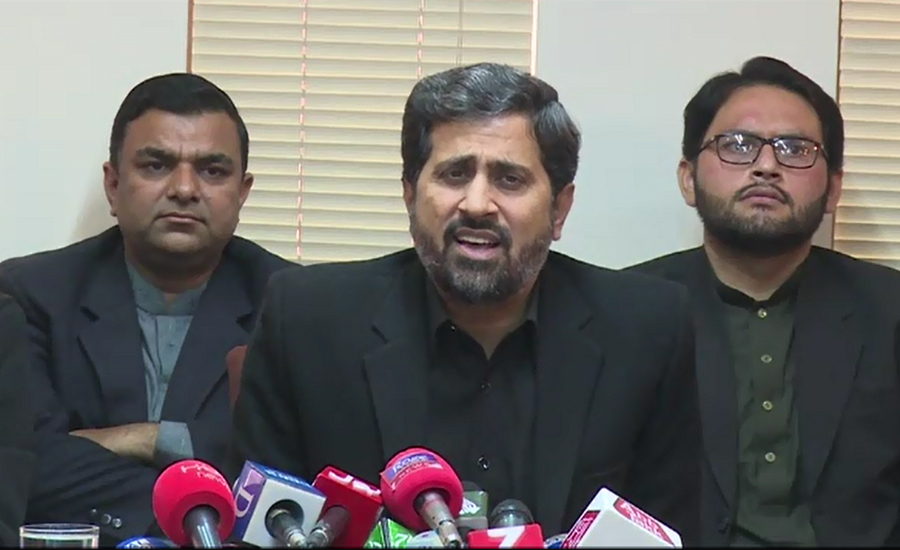 LAHORE (92 News) – Punjab Information Minister Fayyazul Hassan Chohan hass said that PPP co-chairman Asif Zardari had gained this status through corruption and plunder. Talking to the media on Wednesday, he said that Asif Zardari and Sharif brothers are relatives in corruption. “Iqama and money laundering are a source of corruption and plunder,” he added. The minister said that they present the Iqama when someone mentions money laundering. “Yesterday the PPP asked us to do work and not to hold the press conference,” he said. He said that Rs one billion was being laundered from Pakistan each year. He said that corruption amounting to millions of rupees by 25 officers has been proved in Sindh. “About 5,000 fake accounts have been surfaced first time,” he said. Fayyazul Hassan Chohan said that the leaking of video of Punjab Assembly Speaker Ch Pervaiz Elahi was the violation of the PEMRA laws. “The media can only show the video of an event. It is unlawful to show a video made by a personal camera,” he maintained.