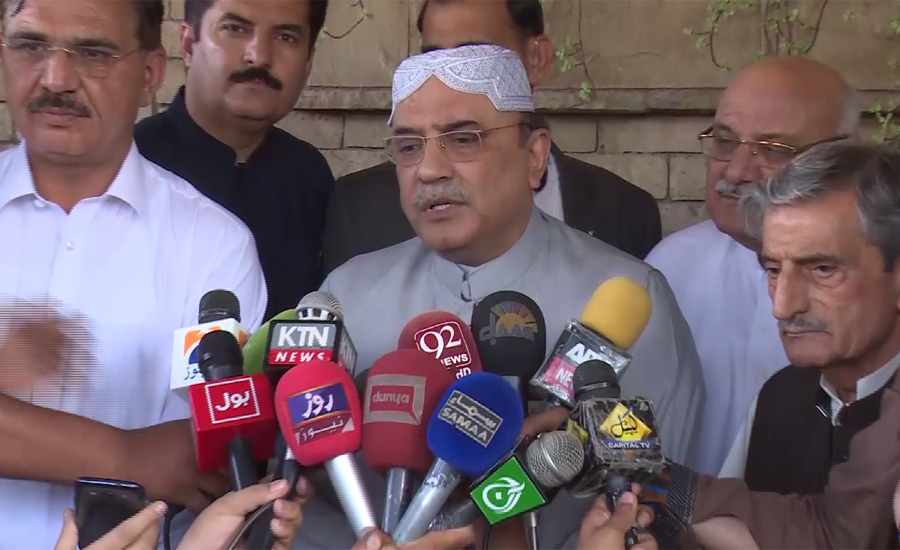 PESHAWAR (92 News) – PPP co-chairman Asif Zardari has hinted at moving court if the electoral system was not made transparent.

Talking to the media after offering condolence on the death of ANP leader Haji Adeel on Saturday, he said that a king who knows nothing is ruling the country.

The former president said that the nation is being burdened with loans after repeatedly taking loans.

“We will hold the rulers accountable,” he maintained.

Paying tribute to Haji Adeel, he said that the ANP leader had rendered sacrifices for democracy.

“Workers should follow his footsteps,” he said, adding that he could not utter any political word as he had come to offer condolences.