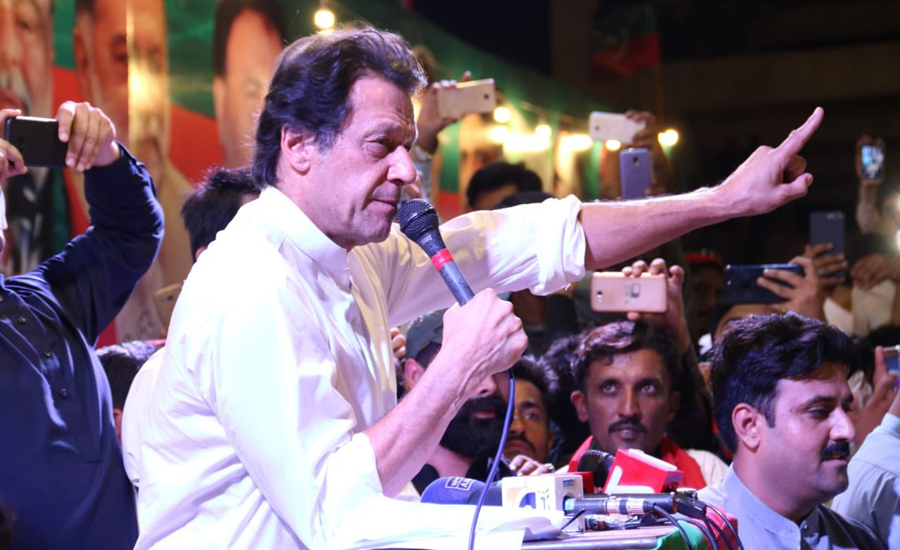 JACOBABAD (92 News) – PTI chairman Imran Khan has said that Asif Zardari is looting the masses in the name of democracy. Addressing a public meeting on Tuesday, he said that the PPP is ruling the masses in the name of ‘Bhutto is alive’. He said that Zardari does not know how much his amount is in foreign banks. “Now Zardari has sent Bilawal Bhutto for politics and he does not know about Sindh,” he said. “Hepatitis is on the rise in Jacobabad and the people are taking contaminated water,” he said. “I ask all people to break the shackles of fear after coming out of the meeting.” He said that it is religious duty to fight against the cruel. “The people come to power for their benefits. What can they do for the public?” he said. The PTI chairman said that the PTI will resolve their problems through local government representatives. He said that Zardari will suffer a defeat in Sindh. “I am telling that we will change Sindh,” he added. He said that the PTI will fix water, education and health sectors.