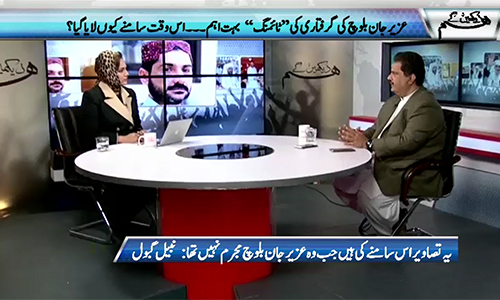 KARACHI (92 News) – Nabeel Gabol has said that Asif Zardari wants to run the PPP as the MQM is being run.

In 92 News Program 'Hum Dekhain Gaay' on Thursday, he said: “Zulfiqar Mirza had assigned Uzair Baloch the task of killing me.”

He said that the MQM had stolen a half of the containers owned by the NATO.

The senior politician said that the MQM was also involved in the Baldia tragedy.

“The PIA employees have been murdered to divert the attention from Uzair Baloch,” he said.