LAHORE (92 News) – Prominent lawyer and human rights activist Asma Jahangir, who passed away in Lahore on Sunday due to heart attack, was laid to rest on Tuesday. The prominent lawyer and human rights activist was laid to rest at her farmhouse located at Bedian Road. Her Namaz-e-Janaza (funeral prayer) led by Haider Farooq Maududi was offered at LCCA Ground adjacent to Gaddafi Stadium. Thousands of people from all walks of life including lawyers, judges, politicians and government officials attended her funeral prayer. Jahangir had died on Sunday at the age of 66. The lawyer and co-founder of the Human Rights Commission of Pakistan died of cardiac arrest, according to her sister. "Unfortunately we have lost her," Hina Jilani, also a prominent rights activist and lawyer, said. Born and raised in Lahore, Asma Jahangir studied at the Convent of Jesus and Mary before receiving her BA from Kinnaird and LLB from the Punjab University in 1978. In 1980, Jahangir was called to the Lahore High Court (LHC) and to the Supreme Court in 1982. Jahangir had participated in the Movement for the Restoration of Democracy and protested against former Pakistan President Ziaul Haq's oppressive military rule. She was arrested and jailed in 1983. She remained Supreme Court Bar President from 2010 to 2012. Jahangir was a human rights lawyer and social activist who co-founded and chaired the Human Rights Commission of Pakistan. Jahangir was widely known for playing a prominent role in the Lawyers' Movement and serves as the trustee at the International Crisis Group. 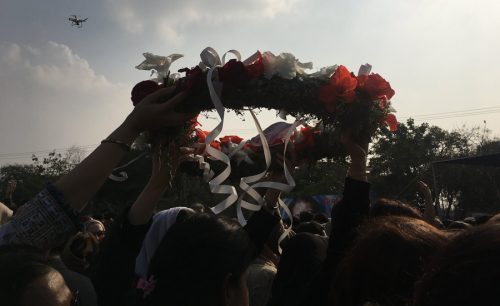 Prime Minister Shahid Khaqan Abbasi, President Mamnoon Hussain and Chief Justice of Pakistan (CJP) Justice Mian Saqib Nisar had expressed deep sorrow and grief over the sad demise of senior advocate of Supreme Court Asma Jahangir. In their condolence message they said that her services will always be remembered in good words in judicial history of Pakistan. Prime Minister Shahid Khaqan Abbasi expressed grief at Jahangir's death, praising her contribution to upholding the rule of law and safeguarding human rights. On the other hand, the United Nations Secretary-General had also paid tribute to "human rights giant" Asma Jahangir following her death, praising her courage in campaigns for justice and equality for all. Antonio Guterres issued his "heartfelt condolences" to those grieving the 66-year-old lawyer, who co-founded the Human Rights Commission of Pakistan and also once served as UN Special Rapporteur on human rights in Iran. "We have lost a human rights giant," the UN chief said in a statement released after Jahangir's death was announced on Sunday. "She was a tireless advocate for inalienable rights of all people and for equality –- whether in her capacity as a Pakistani lawyer in the domestic justice system, as a global civil society activist, or as a Special Rapporteur. Asma was brilliant, deeply principled, courageous and kind." 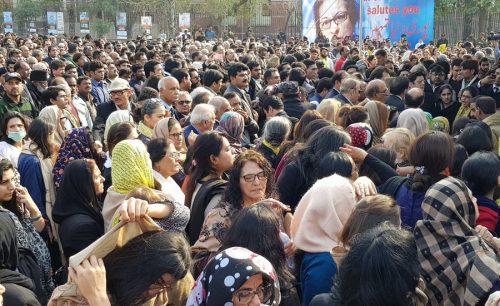