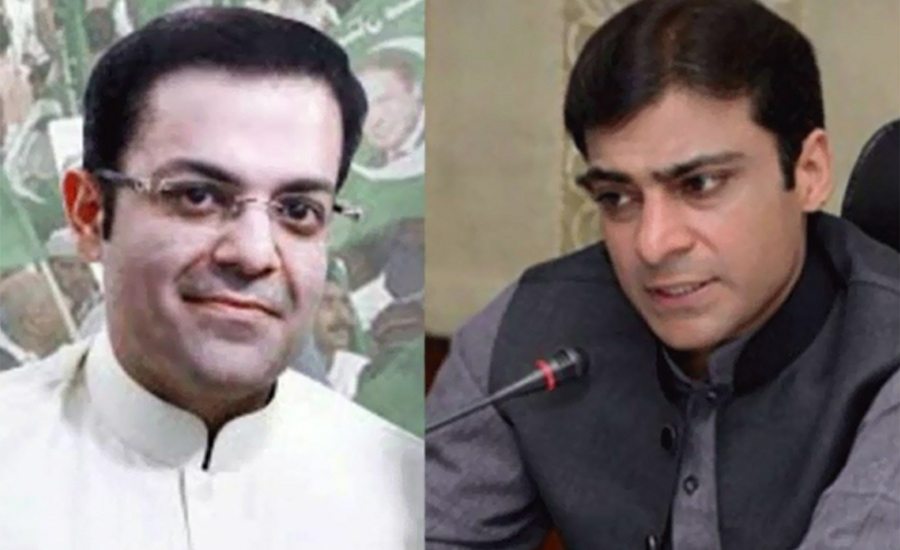 LAHORE (92 News) – Opposition Leader in Punjab Assembly Hamza Shehbaz and his brother Salman Shehbaz on Friday failed to appear before the National Accountability Bureau (NAB) in a case pertaining to accumulation of assets beyond known sources of income. As per details, the NAB has summoned today again Hamza Shehbaz and Salman Shehbaz in a case pertaining to assets beyond income. Both the brothers ignored the importance of the NAB summon. The NAB team kept waiting for Hamza and Salman Shehbaz, but the duo brothers did not appear before it. Hamza Shehbaz Sharif preferred to attend a party meeting instead of appearing before the NAB, whereas his brother Salman Shehbaz left the country the same day. Salman Shehbaz had gone to abroad without any information to the anti-corruption watchdog. It was reported that a team of NAB will quiz the sons of Shehbaz Sharif during hearing of the case today. However, a day earlier Hamza Shehbaz also got protective bail from the Lahore High Court (LHC) due to fear of arrest. Hamza Shehbaz is facing NAB investigation in Ramzan Sugar Mills and Saaf Pani Scam. “The Bureau has failed to prove charges of financial irregularities in what he thinks are politically motivated cases against him,” Hamza Shehbaz stated to LHC bench in his bail plea. On the other hand, NAB team had seized the assets of Shehbaz Sharif’s son-in-law, Imran Ali. It is pertinent to mention that Shehbaz Sharif is under the custody of the NAB for his alleged involvement in Rs 14 billion Ashiyana-i-Iqbal housing project scam.