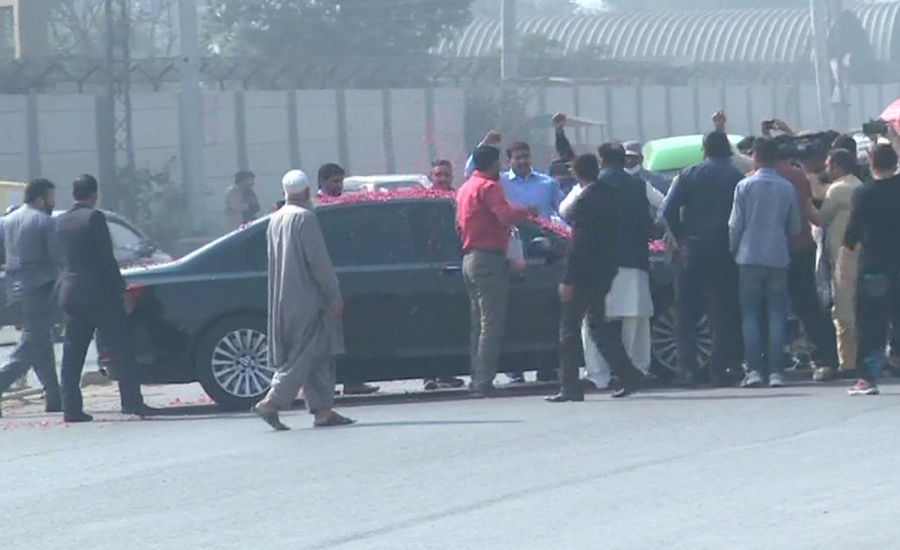 LAHORE (92 News) – Hamza Shehbaz appeared before the National Accountability Bureau (NAB) in the assets beyond means case on Friday. The NAB has summoned Salman and Hamza Shehbaz in the case. The NAB interrogated Hamza Shehbaz for over two hours. Sources said that the NAB has demanded more details and he will have to appear again. Salman Shehbaz, who is abroad, did not appear before the NAB. The bureau had summoned the directors of Ramzan Sugar Mills, Hamza and Salman, to record their statements. It is alleged that Rs200 million had been spent from the national exchequer for the construction of a bridge to facilitate transportation for the sugar mill. Hamza is also appearing in different cases, including the Punjab Saaf Pani case before NAB. Punjab Saaf Pani Company was one of the 56 companies formed by the Government of Punjab during the PML-N government. NAB was investigating the company after receiving complaints of irregularities, nepotism, corruption, and misuse of authority in the companies.