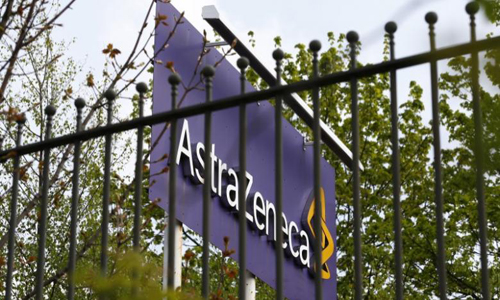 LONDON - AstraZeneca has signed a wide-ranging deal with private biotech firm Bicycle Therapeutics to develop a novel class of small molecule medicines for treating respiratory, cardiovascular and metabolic diseases. The companies said on Thursday the alliance could potentially be worth more than $1 billion to Bicycle, if all planned programs reach the market. This includes an undisclosed upfront payment. The early-stage research is focused on using Bicycle's so-called bicyclic peptide products, which have some of the characteristics of injectable antibody drugs but are small molecules that could be given as pills.
For AstraZeneca, the deal expands its drug discovery capacity in core therapeutic areas outside oncology. Currently, most investors in the company are focused on its pipeline of experimental cancer treatments.
Bicycle, which raised $32 million from investors in an initial funding round in 2014, was set up to capitalize on research initiated at the MRC Laboratory of Molecular Biology in Cambridge, England. -Reuters