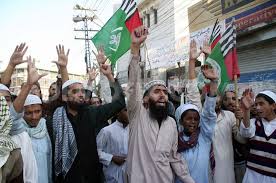 ISLAMABAD (92 News) - Activists of the Ahle Sunnat Wal Jamaat (ASWJ) ended their sit-in against the murder of Maulana Mazhar Siddiqui in front of the Supreme Court building on Sunday. Earlier, PM’s Special Advisor on National Affairs Irfan Siddiqui met the activists and informed them that the government had formed a joint investigation team (JIT) in this regard.