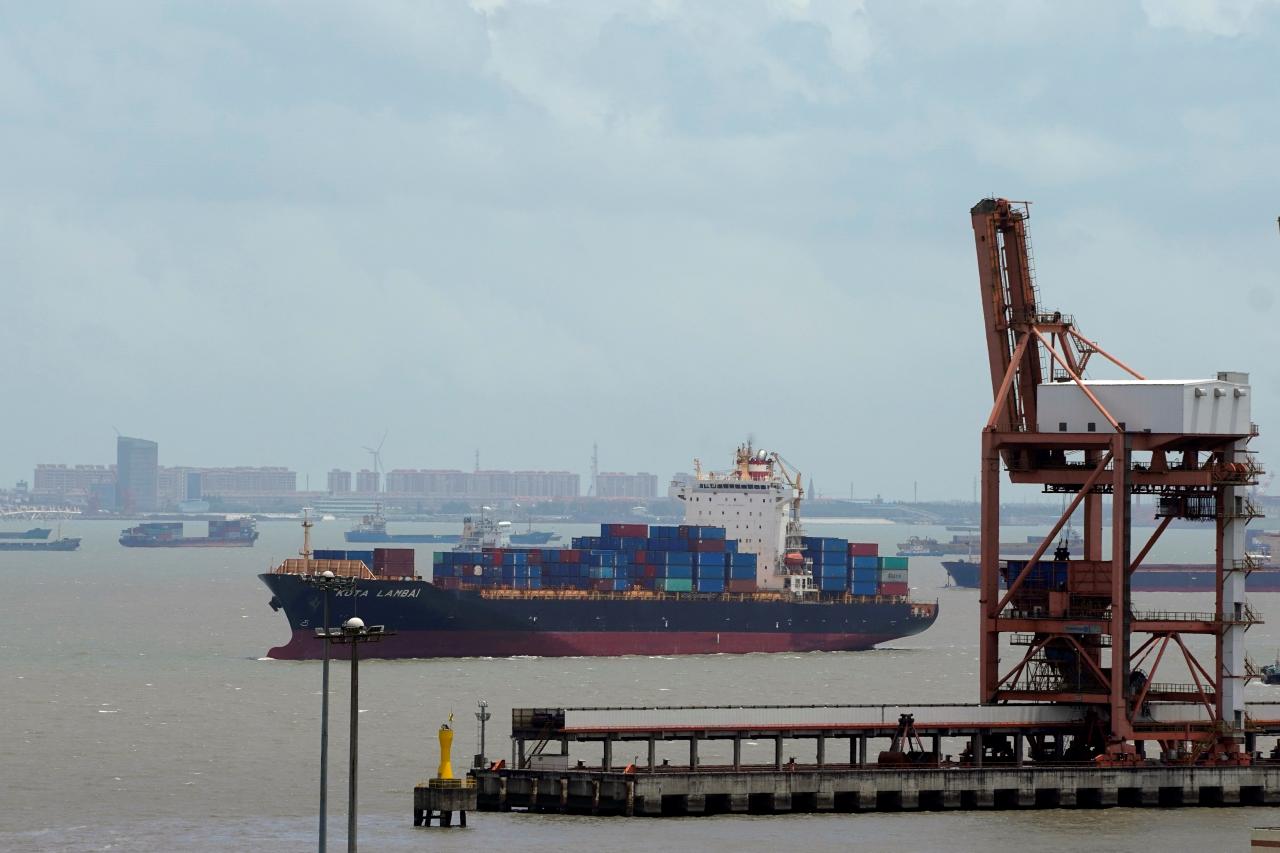 NUSA DUA, Indonesia (Reuters) - Three days before US President Donald Trump took office in January 2017, Chinese President Xi Jinping portrayed Beijing as the champion and defender of globalisation at the Davos World Economic Forum amid rising fears of trade protectionism. A few months later, as Xi launched a forum on China’s vast Belt and Road effort, promising to spread Chinese investment and soft power through the world, it appeared his country’s global stature was rising. But now the lustre on Beijing’s trade and investment story has dulled amid rising US tariffs, higher interest rates and capital flight from emerging markets, all of which threaten to erode global growth. At the International Monetary Fund and World Bank annual meetings on the Indonesian resort island of Bali, some of that sentiment spilled into the open. “I think there is a broad view growing in the West that China has in some ways taken advantage of the system,” said Charles Dallara, former head of the Institute of International Finance, who attended the meetings. “It reminds me of the view in the West of Japan in the 1980s, very much so.” Calls to fix global trading rules are tellingly coming not just from the Trump administration. IMF managing director Christine Lagarde this week laid out what needed to be done. “This means looking at the distortionary effects of state subsidies, improving the enforcement of intellectual property rights, and taking steps to ensure effective competition - to avoid the excesses of market-dominant positions,” she said at a trade conference during the Bali meetings. Lagarde did not mention China, but all those issues are charges frequently levelled by the Trump administration. Others were less restrained. “We absolutely need to address the issue of overcapacities in China. Nobody can say that this is not a problem. This has to be dealt with,” European Commissioner for Economic and Financial Affairs Pierre Moscovici said at the same event. US Treasury Secretary Steven Mnuchin struck a more confident tone at the Bali meetings compared with similar gatherings over the last year, when he was the target of near-universal criticism over Trump’s tariff plans. Fresh off a deal to revamp the North American Free Trade Agreement with Mexico and Canada, and with trade talks coming soon with the European Union and Japan, the US administration is trying to build a coalition of allies to revamp global trade rules to combat technology transfer and other trade policies it associates with China. Mnuchin said US allies first viewed Trump’s trade views as simply protectionist but now have a better understanding of his desire for “free, fair and reciprocal trade.” “This is not a coalition to pressure China. This is a coalition of like-minded people who have very similar issues as it relates to China,” Mnuchin said.

China is still a major political and economic power, but Chinese officials appeared more on the defensive this week, with the tone of debate at some IMF forums shifting more quickly than Beijing may have expected. Vice finance minister Zou Jiayi, on a World Bank panel on Xi’s signature Belt and Road Initiative, found herself fielding questions from other panelists and the audience over debt sustainability, how effectively small countries could negotiate with Beijing, and whether the effort was viable in the midst of a protracted trade war. The debt burdens from the Belt and Road initiative came into sharper focus as Pakistan, a major recipient of Chinese-financed port, rail and road projects, formally sought an IMF bailout programme during the Bali meetings. Zou said China was using risk analysis methods from bodies such as the IMF and World Bank, and would supervise the projects’ debt more vigorously. But she also said that they are essentially commercial projects and that countries should exercise caution and make their own evaluations of their commercial viability. And she said some of the risks came from a drastic change in external environment, giving an example of an unnamed African country with sound debt levels that sank into crisis after oil prices tanked and its currency fell. David Dollar, a former US Treasury official and a senior fellow at the Brookings Institution who spoke on the panel, said that Belt and Road could reduce trade costs, but that more work needed to be done. “For low-income countries, there is really this risk of taking on too much debt even if the projects are very, very good,” Dollar said.

Some delegates from China at the Bali IMF and World Bank meetings expressed frustration that Beijing’s agenda was being bypassed while international institutions had largely been ineffective in deterring Trump’s tariff actions. “Personally I think unfortunately the G20 hasn’t contributed much to reconciliation and coordination of macroeconomic policies across the world,” said Xiang Songzuo, deputy director of International Monetary Institute at Renmin University of China, who was a speaker at a sideline event during the meetings in Bali. “We wish all these forums including G20, UN, World Bank, IMF, WTO, would become stronger, stronger and more productive in containing all these wrong things - protectionism, unilateralism,” Xiang added. The current leaders of the G20, which bills itself as a leading forum that seeks to develop global policies and address the most pressing challenges, conceded that it is effectively sidelined on trade. “The G20 can play a role in providing the platform for discussions,” said Argentine Treasury Minister Nicolas Dujovne, chairman of this year’s G20 finance leaders’ meeting. “But the differences that still persist should be resolved by the members that are directly involved in the tensions.” Although there are reports that Xi and Trump will meet at the G20 leaders’ summit on November, Mnuchin told Reuters that currency issues would be part of trade talks, and that the onus was squarely on China to take concrete steps before trade talks could resume. “This can’t just be talk; there have to be meaningful commitments to create a rebalanced trading relationship,” Mnuchin told reporters on Saturday, adding that structural changes were needed to balance the relationship. “This is not about buying more soybeans and buying more LNG,” he said.