At least 15 worshippers martyred in shooting at Burkina Faso mosque

At least 15 worshippers martyred in shooting at Burkina Faso mosque

OUAGADOUGOU - At least 15 worshippers were martyred and two seriously wounded after gunmen opened fire in a mosque in northern Burkina Faso on Friday evening, police confirmed on Saturday.

Gunmen entered the Grand Mosque in the village of Salmossi on Friday evening as those inside were praying. The attack prompted many locals to flee the village which is close to the Malian border. Hundreds of people have been killed in the country over the past few years, mostly by jihadist groups. One resident from the nearby town of Gorom-Gorom told AFP news agency: "Since this morning, people have started to flee the area." He added that there was a "climate of panic despite military reinforcements" put in place following the attack. No group has admitted carrying out the attack. Jihadist attacks have increased in Burkina Faso since 2015, forcing thousands of schools to close down. The conflict spread across the border from neighbouring Mali where Islamist militants took over the north of the country in 2012 before French troops pushed them out. The UN Refugee agency says more than a quarter of a million people in Burkina Faso have been forced to flee their homes over the past three months. 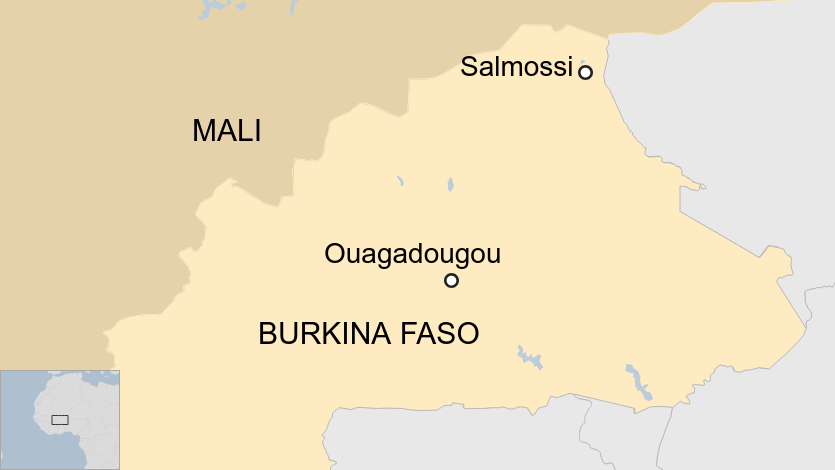 Last week, 20 people were killed in an attack on a gold-mining site in the north. On Saturday, about 1,000 people protested in the capital Ouagadougou to denounce violence in their country and the presence of foreign military forces in the region. SOURCE: BBC NEWS