At least 20 killed in car bomb attack in southern Afghanistan 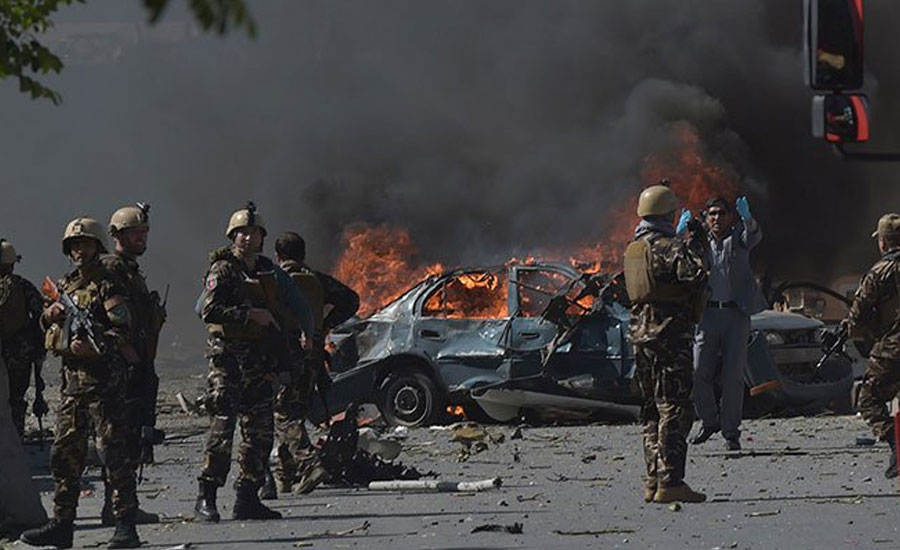 At least 20 killed in car bomb attack in southern Afghanistan

KABUL (Reuters) – A Taliban car bomb killed at least 20 people and wounded 95 others when it exploded near a hospital in southern Afghanistan, an official said. The Taliban said the target was a nearby government intelligence department building in Qalat, the capital of Zabul province. A senior defence ministry official in Kabul said the militants wanted to target a training base for the country’s powerful security agency National Directorate of Security, but parked the explosives-laden vehicle outside a hospital gate nearby. Haji Atta Jan Haqbayan, a member of the provincial council in Qalat, said 20 bodies and 95 wounded had been evacuated from the blast site. “The number of casualties may rise as rescue teams and people are still searching the bodies under the rubble,” he said. Several women, children, health workers and patients in the hospital were critically injured the blast. “This morning a car bomb targeted the NDS (National Directorate of Security) in Qalat of Zabul. The regional hospital of Zabul was also located there and has been destroyed in the attack,” said Rahmatullah Yarmal. The bombing was later claimed by a Taliban spokesman, Qari Yousuf Ahmadi, who said the attack was against the National Directorate of Security and had killed intelligence officers. Trump's declaration earlier this month that the talks were dead spurred the Taliban to declare last week that the only other option was more fighting, sparking fears of an uptick in attacks ahead of presidential elections at the end of the month. Earlier this week, the Taliban killed nearly 50 people and wounded dozens more in two separate attacks — one near a campaign rally for President Ashraf Ghani in the central province of Parwan, and one in Kabul. The militants have vowed to disrupt the upcoming presidential election, scheduled for September 28, in which President Ashraf Ghani is taking on his own Chief Executive, Abdullah Abdullah, and more than a dozen other candidates. The winner is hoping for a mandate to negotiate with the Taliban for lasting peace in the country suffering from decades of violence. The insurgents, however, are set on undermining the legitimacy of the process and keeping the president weak. But even as fighting rages, the Taliban have also continued to voice their belief that the US will eventually return to the table for more negotiations.